Hip Hop would be nothing without these First Ladies

Hip-Hop has always been a boys’ club but most cliques traditionally uplifted one female artist to appeal to a female audience.

For example, Ja Rule is the star of Murder Inc., but Ashanti is the First Lady. Meanwhile, 50 Cent is the head honcho of G-Unit but R&B singer, Olivia, was the clerk of the ‘Candy Shop’.

Women have always been, and still are, a huge pillar in the rap game. Male rappers in the early 2000’s leveraged OG music video vixens like Buffie The Body and Melyssa Ford to garner more views, meanwhile, artists like Yo Gotti and Tyga understand the benefit of joining forces with female artists.

Don’t know why Tyga is trending but I love when he collabs with the gworls. pic.twitter.com/xJBSfdgBLK

The introduction of Cardi B ushered in an era of female rappers who don’t need a co-sign from a male crew, but this wave wouldn’t exist without the pioneering First Ladies of Hip Hop.

With Women History Month being upon us, it’s time to give credit where it’s due. Cheers to the First Ladies of Hip-Hop!

At the top of our list (though there’s no specific order) is Queen Latifah.

Born Dana Elaine Owens on March 18, 1970, the female rap legend has worn many, many hats; both literally and figuratively. Her official titles range from songwriter, rapper, and actress to plus-size model, TV show producer, talk show host, and more.

Whatever you can name, she likely did; while adding with her own blend of unmatched confidence, sass and poise.

Owens was given the nickname Latifah (Arabic for “delicate” or “sensitive”) as a child; leading to her later adopting the moniker Queen Latifah. During her time in high school, she was a member of the all-female rap group Ladies Fresh. Additionally, while studying at a community college, she recorded a demo tape that caught the attention of Tommy Boy Records.

At the age of 18, Owens would sign with the label and go on to become a force in the female rap game. 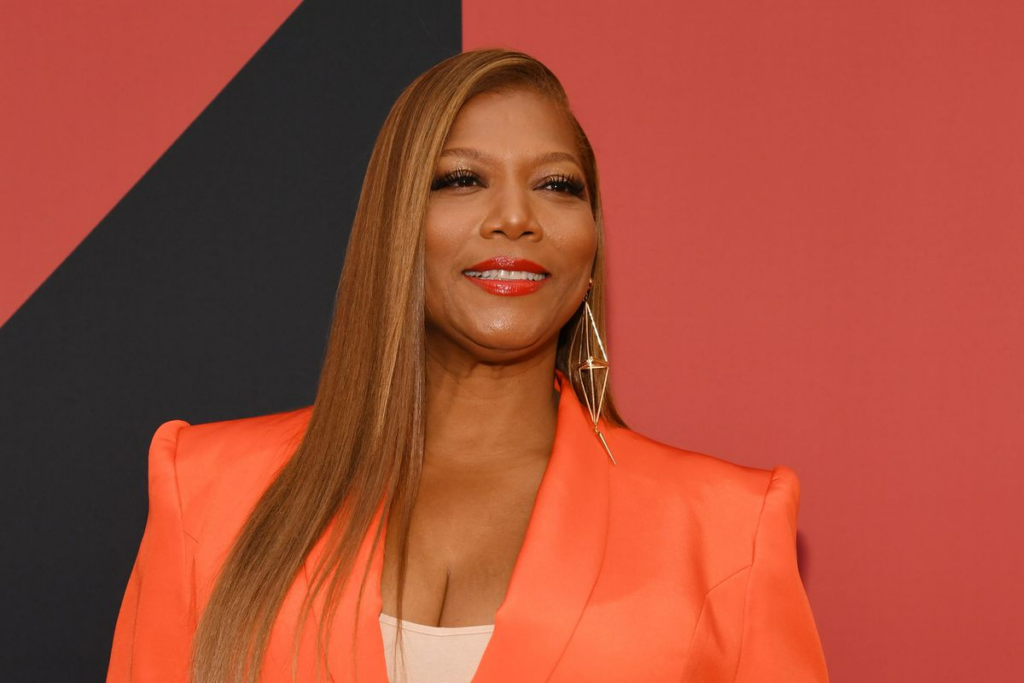 Latifah made her mark in hip-hop by rapping about issues of black women. Furthermore, her songs covered topics including; domestic violence, harassment on the streets, and relationship problems. Freddy helped Latifah sign with Tommy Boy Records, which released Latifah’s first album All Hail the Queen in 1989.

While there were other artists under the label, Owens was the breakout artist. The Oscar-nominated actress remains a godmother of hip-hop; she’s even is attributed to be the actual first lady.

We all know who Lil’ Kim is.

Born Kimberly Denise Jones, Lil’ Kim is a Grammy Award-winning, multi-platinum rapper, singer, actress, and fashion icon. In 1994, she was discovered by rapper The Notorious B.I.G., who invited her to join his group Junior M.A.F.I.A.

After a year with Junior M.A.F.I.A., Jones began her solo career by making guest performances on R&B albums and recording her debut album, Hard Core.

Since then, the mainstream standards for female emcees changed. Not only did their bars need to align with the men’s, their images also had to sell sold records based on sex appeal, urban couture fashion senses, and abstract personalities. Jones’ legacy provided the rap game with an archetype of the “acquisitive gangstress”—a woman willing to ride or die for all the things she cherishes and loves. 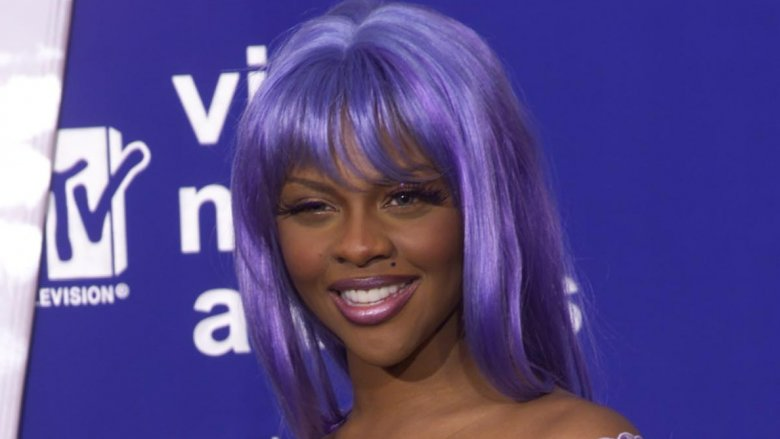 Without a doubt, Lil’ Kim is a bonafide trailblazer who made her presence not only seen and heard but well-known and respected.

The introduction of the star altered the landscape of hip hop forever. Moreover, she created her own unapologetic blueprint and helped pave the way for other women to navigate the genre’s prevailing misogyny; in order to claim their own stake in the game.

Missy “Misdemeanor” Elliott is another female rapper who also has many achievements and won groundbreaking awards.

She is a Grammy-Award-winning singer; as well as a rapper, songwriter, and producer. Missy Elliot has even paved the way for female Hip-Hop moguls. Additionally, many have given her the title of the first woman to achieve mogul status within the genre. 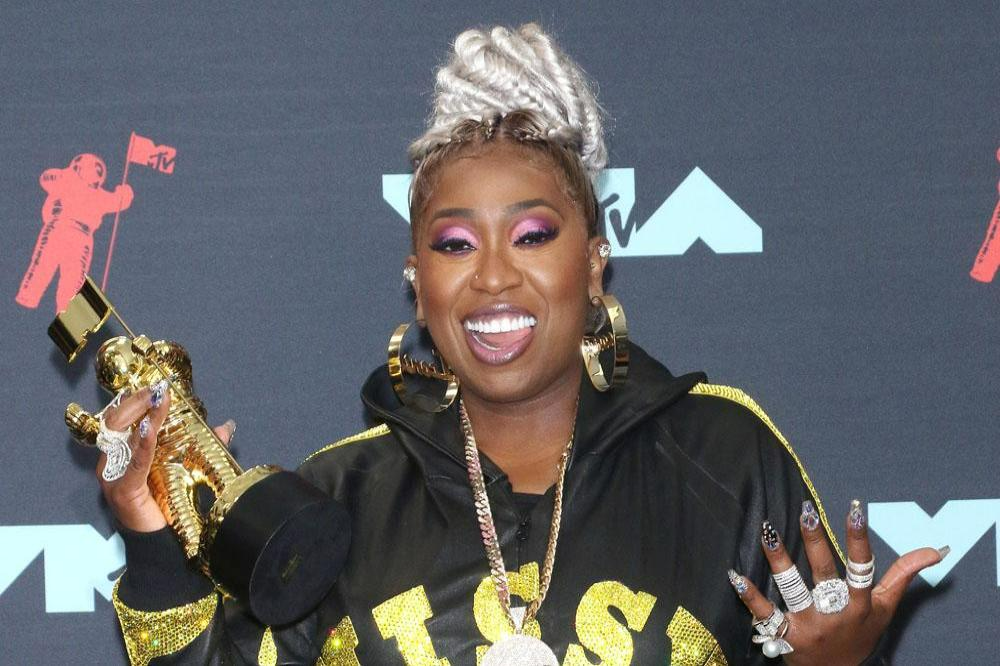 Missy Elliott’s influence has reached all corners of the music industry; from fellow artist’s sound to the visuals and even dance. Like… Who doesn’t remember the iconic Work It music video? Furthermore, Elliot has maintained a strong feminist voice in an industry and genre that thrives on misogyny and homophobia.

From body and sex-positivity to being a champion for women-supporting-women, Elliott shouldn’t be forgotten when we talk about feminism in pop.

Next up, Miss. Foxy Brown.

One of the most distinctive voices in rap, at the age of 16, rapper Foxy Brown was a star. She first appeared on LL Cool J’s album, Mr. Smith. Afterward, she signed to Def Jam in ’96. That year was when she also dropped her debut album, Ill Na Na, dropped.

Critical reviews were mixed but Foxy’s sales were strong. While her first album, Ill Na Na, sold one million copies, her second album, Chyna Doll, did what only one other female rapper had done; premiere in the No. 1 position on The Billboard 200 list of the best-selling albums. 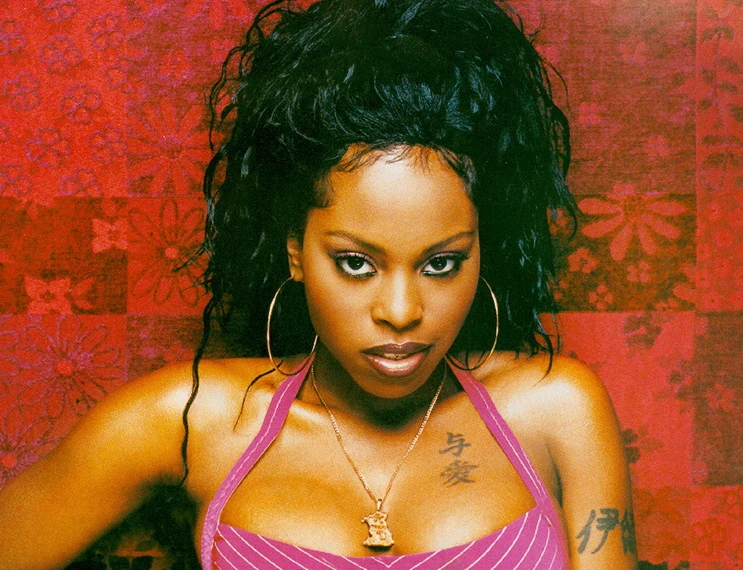 Like Lil’ Kim, Foxy was frank and outspoken about her sexuality and her desire; while still commanding and demanding respect.

With a discography spanning 3 studio albums and an insane amount of guest features, Nicki Minaj has stood solitary as the sole female rap force for over a decade.

Onika Tanya Maraj-Petty, aka Nicki Minaj, first rose to the scene in 2009 after building a fan base on the social media platform, MySpace. With the help of established male rappers quickly started to take notice of her talents. Before we knew it, she became the first lady of Young Money Cash Money Records (YMCMB).

Cited as one of the most influential female rap artists of all time, Minaj became the first female rapper to sell an estimated 100 million records worldwide. Additionally, her record-breaking sales makes her one of the world’s best-selling music artists; while placing 5th in best-selling female artists across all genres. 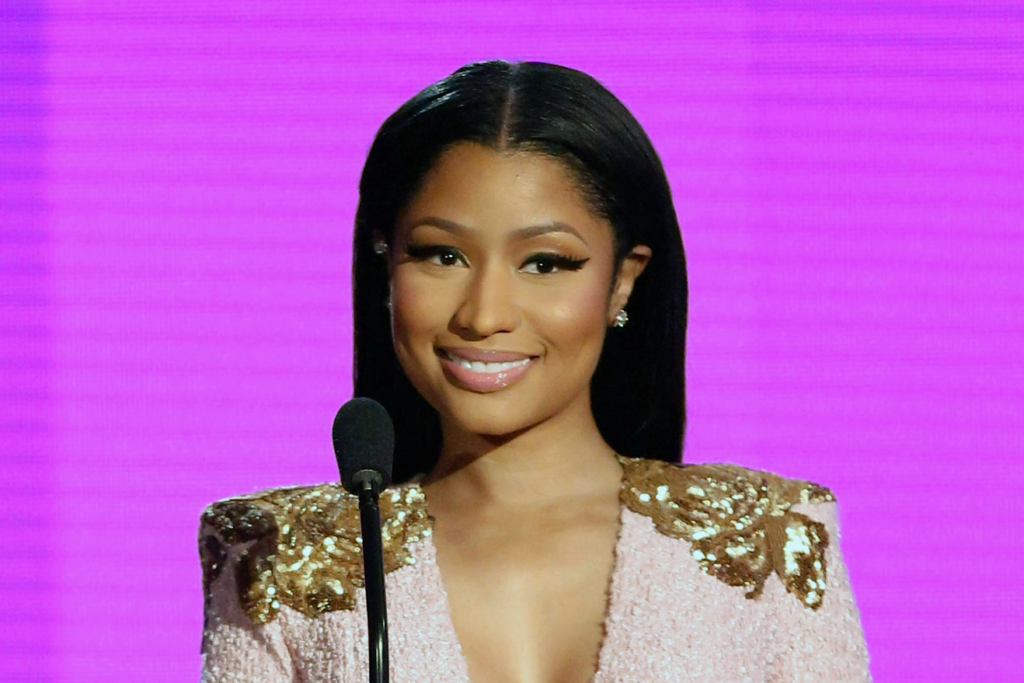 Solána Imani Rowe, SZA, started making music back in the early 2010s. After signing to Top Dog Entertainment (TDE), she became something like the future for the label.

“To be the first female on TDE is more…it’s really just more important to me to be a part of TDE, rather than the first female,” says the singer during an MTV news interview.

Despite the label’s rumored mismanagement, SZA continues to be adored and accepted by the public. With so much excellence already exuding from the label, you would think that she has the weight of the world on her shoulders as the first lady of TDE. 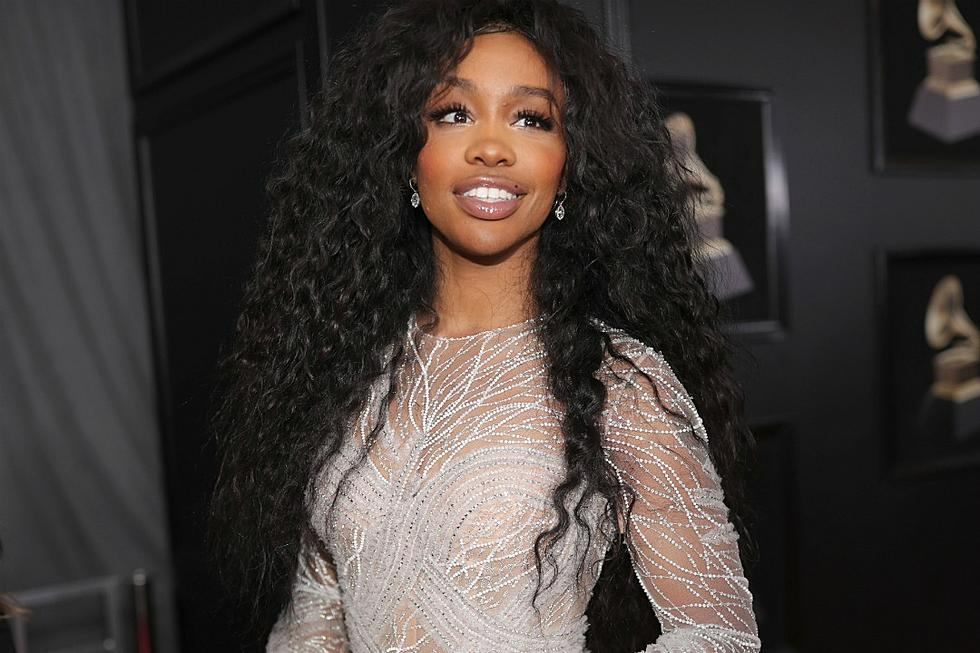 Ultimately, SZA’s legacy is still unfolding, but she is definitely a worthy honoree within the first ladies bracket.

As a teenager, Ashanti Shequoiya Douglas was first discovered and later signed to Murder Inc. in 2002.

Within the same year, she was featured on Fat Joe‘s ‘What’s Luv?’ and Ja Rule’s ‘Always on Time.’ Both songs became two of the biggest hit songs of the early 2000s. In addition, Ashanti became the first female artist to occupy the top two positions on the U.S. Billboard Hot 100 chart simultaneously when ‘Foolish’ and ‘What’s Luv?’ were at numbers one and two, respectively.

While Ashanti hasn’t had the massive stretch of longevity that Beyoncé has had, her incredible reign was at the top of the pop and rap charts; with Murder Inc in tow. 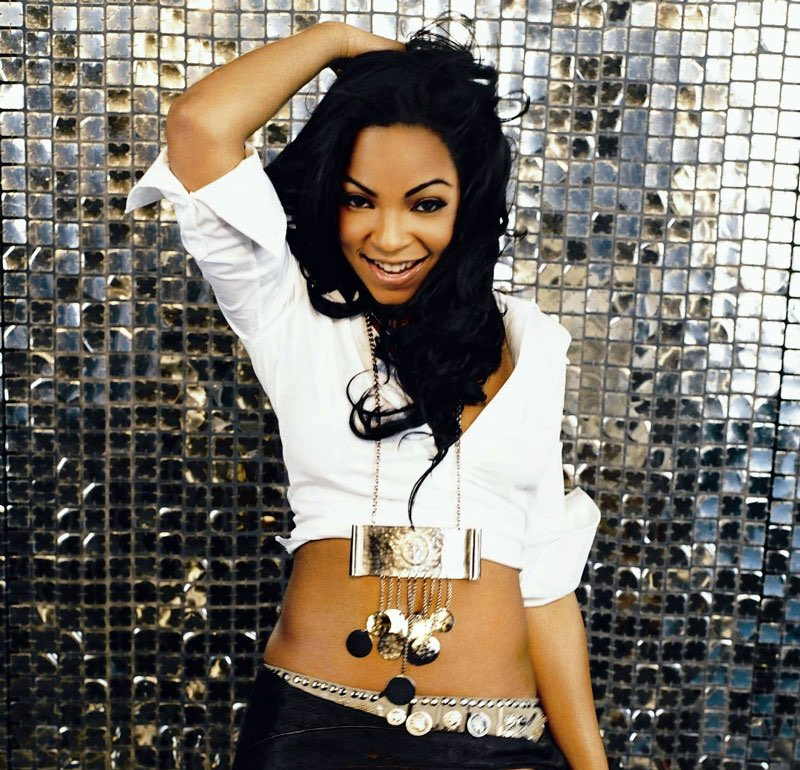 Ashanti is easily one of the most successful solo R&B acts in history. Add to the fact she avoided the beefing that sank Ja Rule and the rest of Murder Inc. She is simply one of the best to ever do it; not to mention that she came up without the backing of a group like Destiny’s Child or TLC.

Ultimately, she managed to establish her credibility solo, in a way that was wholly different at the time. In the same process, Ashanti opened up future lanes for artists like Kehlani, Rihanna.

As a Brooklyn Native, MC Lyte (Lana Moorer) keeps her finger on the pulse of hip-hop. She was 16-years-old when “I Cram To Understand U” was pressed up by her stepfather Nat Robinson’s label Priority Records in 1986; she was only 12 when she first wrote the song. Furthermore, Moorer’s song ended up being the first single for Lyte.

Being the first solo female rapper to release an album in the 80’s, MC Lyte gets the crown for being the pioneer of the era. In addition, her song “10% dis” has been mimicked and mentioned by multiple rappers such as; Queen Latifah, Foxy Brown, and Lil’ Kim. 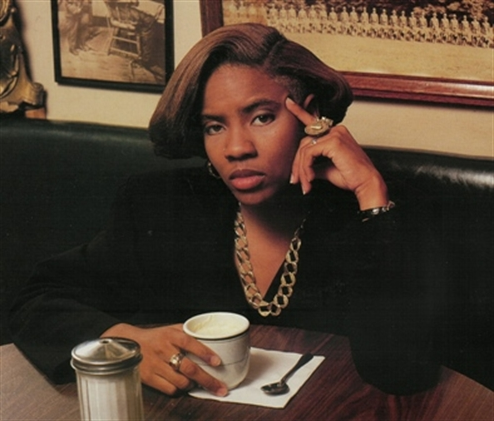 She has shown through her longevity in this industry that you have to know what you’re doing in order to thrive and still be taken seriously. Who knew 25 years ago that her talent would lead to her being the entrepreneur she is now?

If you grew up listening to rapper Trina in the early 2000s you’re well aware of her music and her influence.

The Miami native has over two decades in the hip-hop game under her. Born Katrina Laverne Taylor, is that she is from the 305, and reps it all day, every day. Miami influences her sound, her style, and everything she does.

She first garnered much attention in 1998 with her appearance on the single “Nann Nigga” from Trick Daddy’s second studio album www.thug.com. She’s even been described by XXL Magazine as “the most consistent female rapper of all time.” Furthermore, Trina has received ten nominations at the BET Awards; nine of which were for Best Female Hip-Hop Artist, and three nominations at the Soul Train Music Awards. 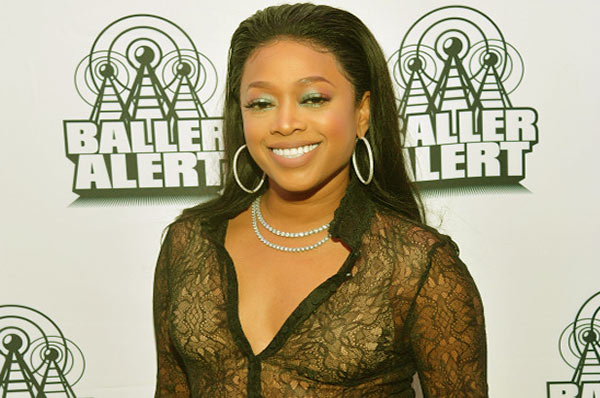 Trina is an example of being someone who can hold her own; as well as someone who also chooses to collaborate with and uplift other artists. Despite being in an industry where it pits women against each other while men are allowed to shine, Trina encourages other females to do the same.

Last, but certainly not least, is Mia X!

Mia Young, aka Mia X, tends to get left out when looking back on the lyrical man-eaters of the ’90s. However, Young is No Limit Records’ first lady who helped make the label a global force.

Born and raised in New Orleans, Mia X caught the rap bug from an early age during the ’80s; in which she forms the group, New York Incorporated, in 1984.  Like Gangsta Boo and Trina, Mia was part of a late 1990s wave of women in southern rap who repped for the Dirty south while also challenging the misogyny and chauvinism rampant in the strip club anthems and hood bangers. 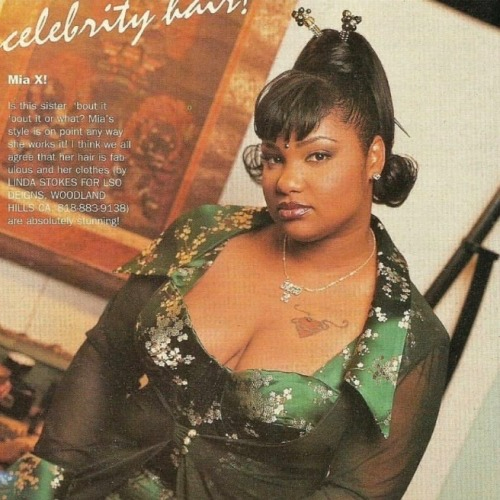 Despite being the First Lady of No Limit, Young’s breakout success led to her being called the Mother of Southern Gangsta Rap.

Irv Gotti Reacts To Ashanti Remaking Her Debut Album Without Him