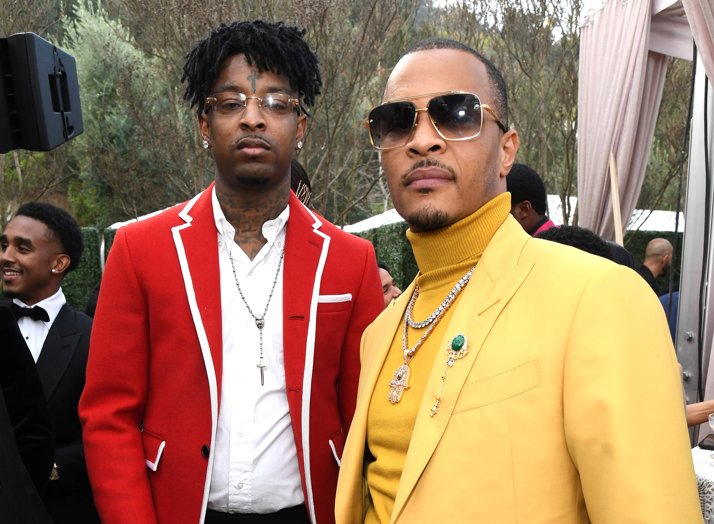 21 Savage is well-documented for the strategy employed in his growth to date. For most of the inception of his career, the Atlanta rapper remained unsigned, growing to immeasurable heights without the backing of a major label. Even when he did decide to sign with Epic Records, beginning with his ISSA debut of 2017, the Slaughter Gang honcho leveraged his success in a deal that allows him to retain ownership over his masters.

While the ownership of masters is a long-standing conversation in Hip-Hop that is only just now being considered as a standard, Savage’s move was well ahead of its time among his class of contemporaries, but it almost ran away from him early on.

In a recent visit to T.I.’s ExpediTIously podcast, 21 revealed that he once asked T.I. for a $1 million deal to sign to his Grand Hustle imprint. According to T.I., however, he turned down the then-upstart’s offer, citing his foresight to see that an independent route would be better suited for 21 Savage.

“I had the same conversation with Thug,” T.I. revealed. “If I give you a $1 million, I’m going to take 10 times as much because that’s just the way the game goes. If you want to maintain ownership of your art and equity in your art, you need to go through those tough times in the beginning. Can’t accept upfront money and cushion your blow. You have to go ahead and get it out the mud the same way you do anything else.”

It quite obviously paid off for 21. In contrast, as T.I. reveals, Young Thug’s similar request did not appear chart toward a similar path as the YSL leader ultimately inked an early deal with both Gucci Mane’s 1017 imprint and a 360 with Atlantic Records in a confusing warp of paperwork that has shadowed the multi-faceted artist’s success on the backend ever since.

21 Savage speaks on asking T.I. for a million dollar deal, but T.I. not signing him because he knew he would be his own boss💯 pic.twitter.com/jOtnSUJbcV