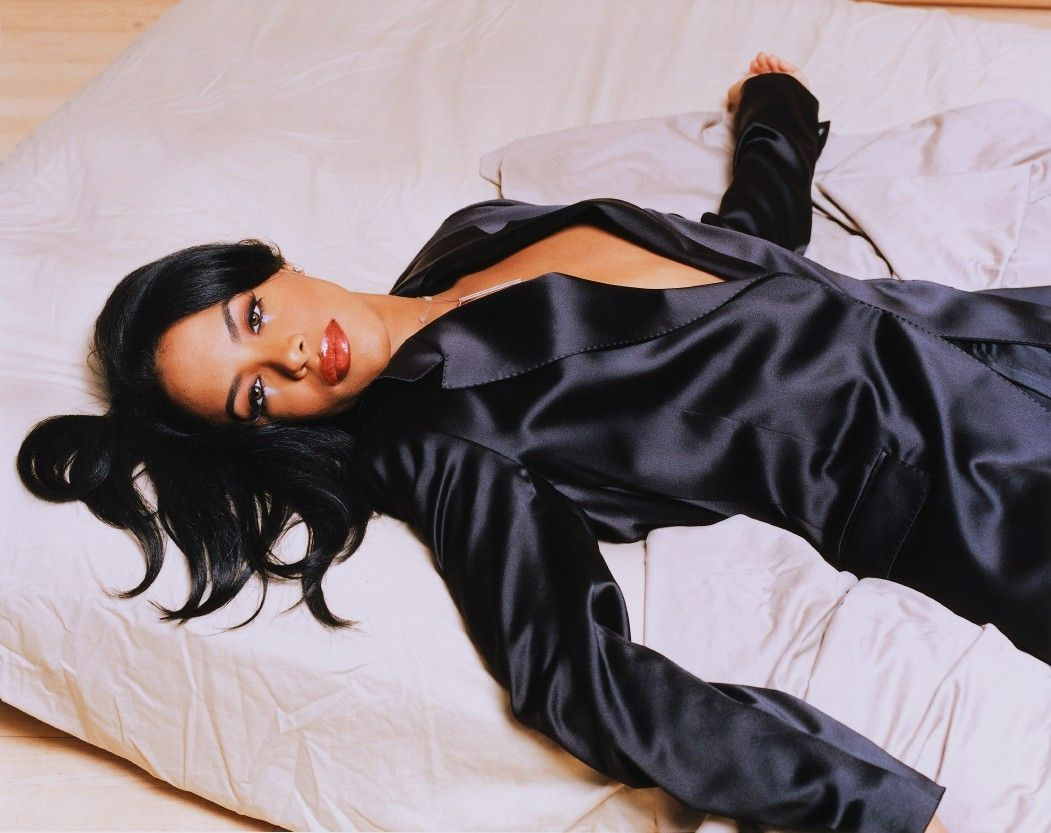 
Today would’ve marked Aaliyah’s 42nd birthday, but she was taken too soon at the tender age of 22 in a 2001 plane crash. Her fans are viciously fighting for the preservation of her legacy by adding her discography to streaming platforms so that she’s introduced to the new generation who is listening to artists like Kehlani, Chris Brown, and Tory Lanez sample her music.

Babygirl’s estate gained control over her YouTube account, and they made an announcement about the progress of digitizing her catalog for streaming platforms.

“We must acknowledge that these matters are not within our control and unfortunately take time. Our inability to share Aaliyah’s music and artistry with the world has been as difficult for us as it has been for all of you. Our priority has always been and will continue to be Aaliyah’s music,” the estate wrote on Instagram.

This issue is truly shameful because unlike artists with infringement issues, there’s a unique reason why Babygirl doesn’t have an online presence, which is explained in the video below. The music industry is implementing even more digital techniques to connect with its consumers amid the COVID-19 pandemic, and this only hurts Aaliyah.

Her family and fans continue to keep her legacy alive although she was taken from us too soon. But like DMX said in the “I Miss You” tribute video, we can understand why G-d “would’ve wanted you close to him, ’cause you were truly an angel on earth.”

In celebration of her life and impactful legacy, we’ll be taking a look at Aaliyah‘s 90’s style influence on fashion to this present day! Aaliyah’s swag was influential and defined an era.

The late singer’s sultry street style redefined what was considered fashionable for women in the entertainment industry back in the 90s. Many know the look I’m talking about. She didn’t wear form-fitting dresses or high heels. Instead, she kept her pants baggy and get shirts oversized. As for her shoe game? Aaliyah didn’t play any games! Years later, Aaliyah did embrace her feminine side. However, we can’t deny the tomboyish and futuristic style she had left an impact on fashion.

Aaliyah’s signature long hair swoop bang covering her left eye became her trademark. There were rumors that something was wrong with the singer’s eye but it’s one of her most emulated styles.

It was added to Aaliyah’s look during a pivotal moment in her career when her image was plagued with scandal following her illegal marriage to R. Kelly. She was getting older and needed a rebrand.

Tommy Hilfiger’s collab with Aaliyah is one of the most influential ones in Hip Hop fashion history. This campaign is one of the most influential looks for Halloween to date. When Aaliyah became a spokesmodel for the brand in 1996, she was the first R&B artist to land a major endorsement. The R&B princess set the bar high and created a style that’s still relevant today. Without Aaliyah, Hilfiger’s women’s line would have never expanded.

Furthermore, Aaliyah did several shoots, including a major jeans campaign. Andy Hilfiger himself marked this moment by saying Aaliyah “made that hip hop look sexy for women wearing men’s clothes. It was sexy but classic.” 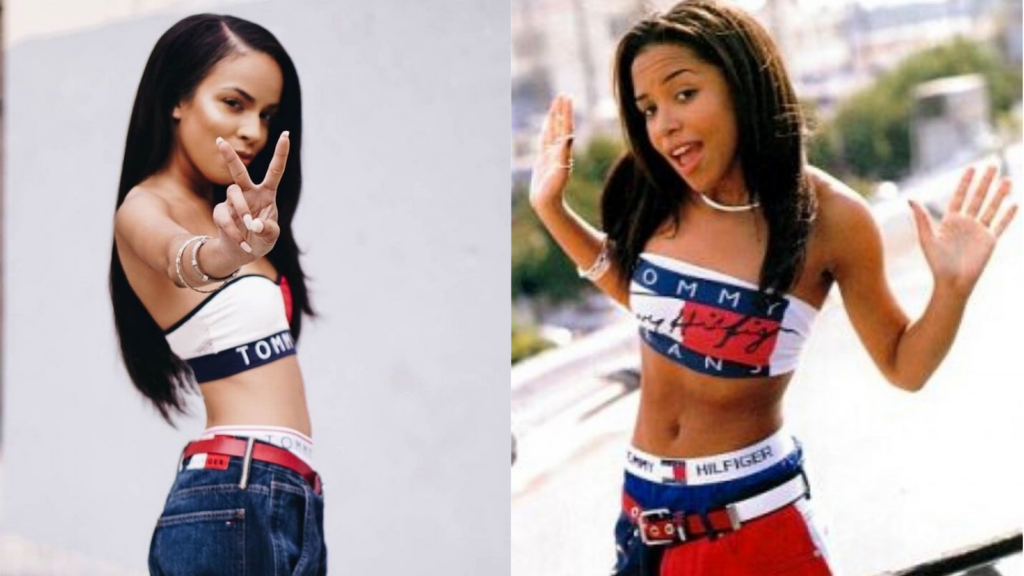 There’s no denying Aaliyah has made a lasting impact on fashion designers and subcultures, alike. This look, which she wore while performing on late-night television, embodies the industrial futuristic-like style: tech-y boilersuit with Matrix shades and cyberpunk accessories. 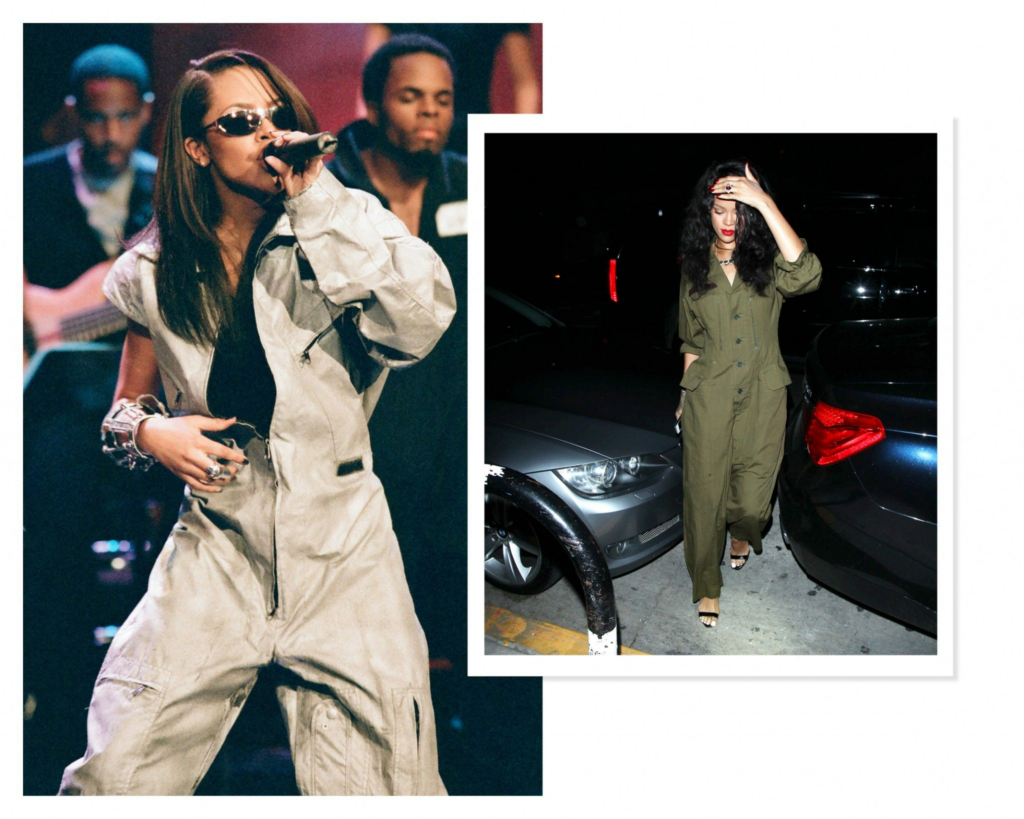 [Aaliyah Memoir to Reportedly Be Released in August 2021]

The original midriff-flosser was an innovator for the tomboy style we all still see today. Before there was Ciara, Rita Ora, Tinashe, or Keke Palmer, there was Aaliyah. This look is a personal favorite of mine. 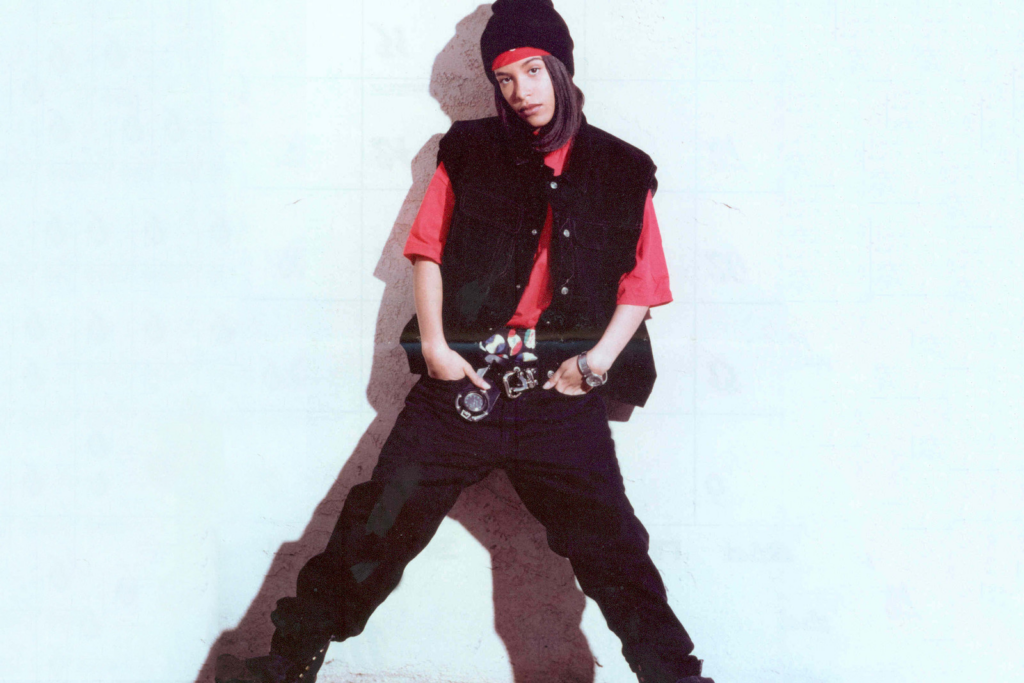 So there you have it! The androgynous and sexy at once, with boyish swagger and street sensibility, Aaliyah set the stage for the Rihannas, Kendall Jenners, and Jorja Smiths of the subsequent years. Whether you’re sporting your Calvin’s, oversized leather jackets, or like your jeans real baggy, best believe Aaliyah has informed some part of your fashion identity.

20 Years after Aaliyah’s Death, Her Legacy Continues to Live On