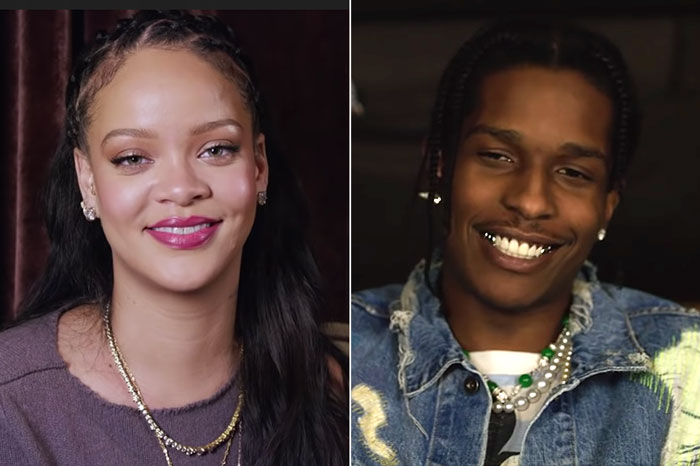 After months of speculation, A$AP Rocky finally confirmed his relationship with Rihanna during an interview with GQ.

He called the beauty mogul the “love of my life” and the outlet noted that Rocky was “beaming like a teenager” when he said it.

The Harlem native was asked about his experience to be in a committed relationship. “So much better,” he said. “So much better when you got The One. She amounts to probably, like, a million of the other ones … I think when you know, you know. She’s The One.”

A$AP Rocky and Rihanna were photographed in her native hometown of Barbados over the holidays, and the rapper’s father immigrated to the United States from Barbados.

He said the experience felt like “a homecoming … It was crazy. I always imagined what it would be like for my dad, before he came to America. And I got to visit those places, and believe it or not, there was something nostalgic about it. It was foreign but familiar.”

Rocky was asked about his plans to join fatherhood.  “If that’s in my destiny, absolutely … I think I’m already a dad! All these mother—-ers are already my sons — whatchu talkin’ ’bout!” He laughed about the latter boast and then the piece noted he chose his words very carefully. “Nah, but like, I think I’d be an incredible, remarkably, overall amazing dad. I would have a very fly child. Very.”

Chris Brown Supports Kyrie Irving’s Decision Not To Get Vaccinated