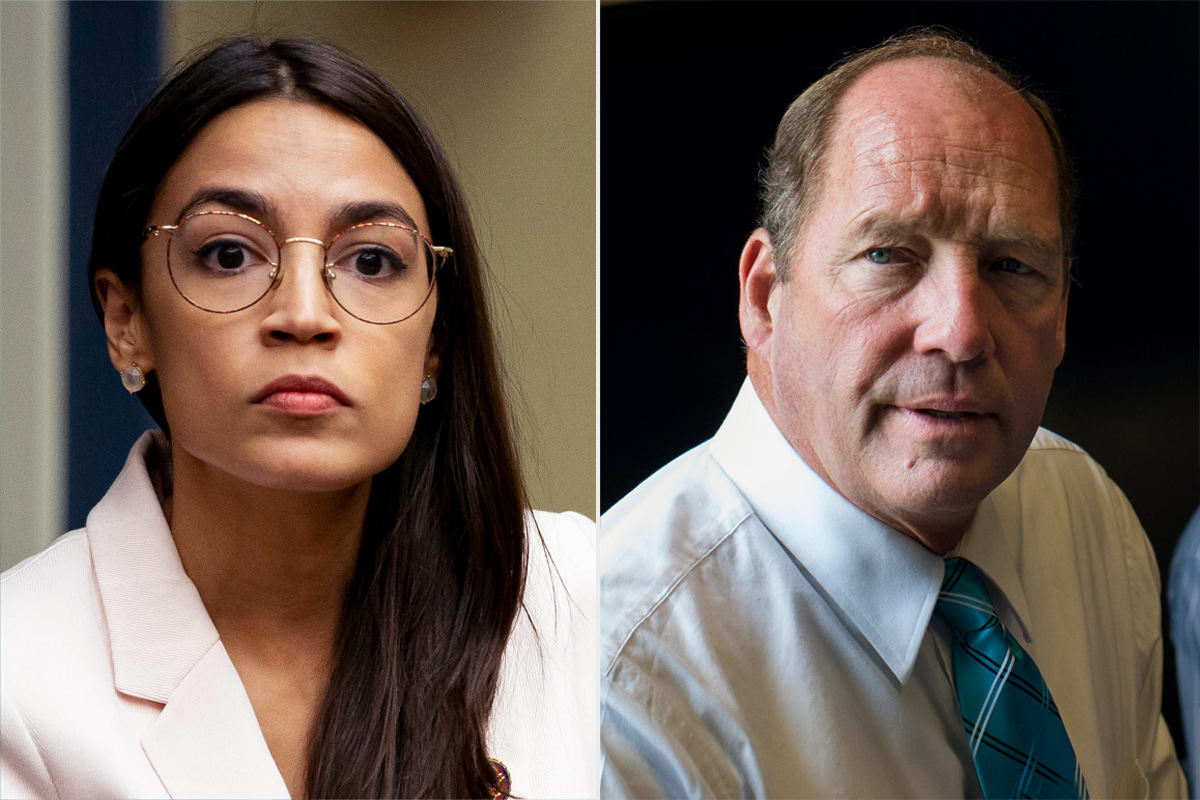 Rep. Alexandria Ocasio-Cortez and a dozen other House Democrats took to the House floor on Thursday to call out what it seems to be a “culture” of sexism in Congress following an incident in which Rep. Ted Yoho (R-Fla.) was overheard calling Alexandria a “f*****g b***h” on the Capitol steps.

“I stand before you this morning to address the strife I injected into the already contentious Congress, Yoho said on the House floor, reading from his prepared apology statement.

“I rise to apologize for the abrupt manner of the conversation I had with my colleague from New York,” he said. “It is true that we disagree on policies and visions for America, but that does not mean we should be disrespectful. Having been married for 45 years with two daughters, I’m very cognizant of my language.”

Yoho said the “offensive name-calling words attributed” to him were never said and that “if they were construed that way, I apologize for their misunderstanding.”

“I cannot apologize for my passion or for loving my God, my family, and my country,” he added.

This issue is not about one incident. It is cultural,” said Ocasio-Cortez, D-NY., calling it a “culture of accepting violence and violent language against women, an entire structure of power that supports that.”

Ocasio-Cortez then went to social media to voice her frustration saying, “This is not an apology.”

Ocasio-Cortez received support from other people in Congress specifically female lawmakers saying they routinely encountered such treatment. Rep. Barbara Lee, D-Calif., said “I personally have experienced a lifetime of insults, racism, and sexism.” She continued saying “And believe me, this did not stop after being elected to public office.”

Other lawmakers joining Alexandria, 30, is quite frankly a freshman on campus but she has made her mark as one of Congress’ most consistent and outspoken individuals. Those also speaking up included Reps. Ilhan Omar of Minnesota, Ayanna Pressley of Massachusetts, and Rashida Tlaib of Michigan.

On Tuesday, Cortez told reporters that Yoho confronted her on the steps of the Capitol ahead of Monday’s votes, calling her “disgusting” and “crazy.”

The exchange was initially reported by The Hill. According to The Hill, Yoho told Alexandria she’s “disgusting” for suggesting that unemployment and poverty were leading to a rise in crime in New York City.

“You’re out of your freaking mind,” Yoho told Ocasio-Cortez, who then told him that he was “rude,” The Hill added.

Yoho stood alongside Rep. Roger Williams, R-Texas, during the exchange and said “f******g b***h” as he walked away.

Alexandria tweeted that she had “never spoke to Rep. Yoho before he decided to accost me on the steps of the nation’s Capitol yesterday.”

I never spoke to Rep. Yoho before he decided to accost me on the steps of the nation’s Capitol yesterday.

Believe it or not, I usually get along fine w/ my GOP colleagues. We know how to check our legislative sparring at the committee door.

“Believe it or not, I usually get along w/ my GOP colleagues. We know how to check our legislative sparring at the committee door. But hey, “b*tches get stuff done.”