Baby Phat was the fashion forefront of the 2000s and made a huge impact on fashion. So what happened to Baby Phat?

We’ve been analyzing Hip Hop fashion powerhouses from the early 2000s all month long. Last week we took a look at Rocawear and we’re continuing with a deep dive into the iconic fashion brand and symbol, Baby Phat.

Before it was called ‘Baby Phat‘ it was called ‘Phat Fashions’ and it began in 1999. The brand was an offshoot of Kimora Lee Simon’s former husband, Russell Simmons’s, ‘Phat Farm’ clothing brand. Kimora developed the brand after being disappointed with a Phat Farm t-shirt made for women. Furthermore, Kimora saw that prototype as a “very athletic and basic, scaled-down version of what a guy would wear.”

It was after that prototype that Kimora created the iconic fashion pioneer, Baby Phat! What followed was the creation of a collection for women that she used her body shape as a guide. The clothing brand included jeans and tops adorned with the unforgettable curved cat logo.

Simmons later said she created the collection because “women – especially women of color – had no voice in the streetwear industry. It’s in our DNA; this brand is created for women, by women.”

The Rise and Impact of Baby Phat

Baby Phat quickly became a powerhouse in the early 2000s, which currently seems to be the blueprint for today’s fashion and aesthetics.

The first Baby Phat show took place in 2000 and drew a lot of attention from the Hip Hop community. At this time, a lot of connections came from Russel Simmons’ record label, Def Jam Recordings. Of course Baby Phat was fabulous on its own, but it was the celebrity endorsements that launched the brand into being a fashion powerhouse!

It was also during these shows that the original midriff-flosser Aaliyah sitting front row and black queens walked the stage. Many remember the legendary femcee rapper Lil Kim modeling pieces from the fire Baby Phat lingerie collection. Oh and don’t forget Janice Combs, Puff Daddy’s mom, who led her two dogs down the catwalk (on Baby Phat leashes) wearing a satin slip-dress and an extra floor-length faux-fur coat.

Before it became a blueprint, it was a black culture-defining experience that I myself, and many others, grew up with. Even though I was born in 1998, I still have memories of puffy coats with the baby phat logo on them and more.

When you see that curvy cat logo, you know it’s Baby Phat. The logo was inspired by Simmons’ own “phat” cat, the late Max, who had been a part of her life since she was eight. The cat symbol has been stitched and bedazzled on, any different fashion items and is a staple in the brand.

Today, the “ghetto fabulous” aesthetic has been repurposed and gentrified.

However, we know where the inspiration comes from. Kimora Lee Simmons is considered to be the godmother of ghetto fabulous fashion! From the soft pastel colors to the extra feminine tracksuits that complimented curves, Baby Phat was undoubtedly a fashion icon!

Furthermore, Simmon’s styled artists like Lil Kim, Missy Elliot, and Aaliyah, regularly, in her garments. In addition to her high-profiled models, Simmons and her glam lifestyle were always front and center—diamonds and fur galore, casual product placement of a then must-have Motorola Razr, and role-playing as the first female President. 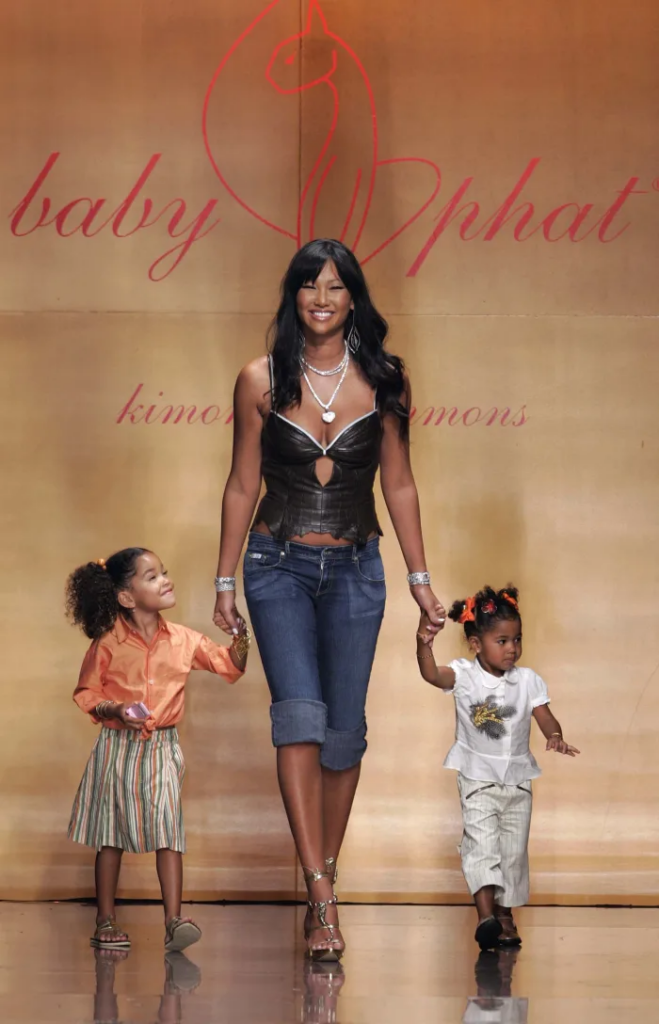 What Happened To Baby Phat?

Surely, while reading about this fashion powerhouse brand, you can’t help but wonder, “What happened to Baby Phat?”

Even though Baby Phat was emerging into the late 2000s with a big bang. However, it wasn’t enough to keep up with the rapid style changes and trends. Kimora Lee was then removed from Baby Phat in 2010. Her removal resulted in the brand slowly fading from the mainstream fashion markets. Furthermore, the glamazon former model toppled from her design throne because of her parent company Kellwood. In a strategic play of retail brand building, the company’s willingness to lose Baby Phat was in favor of improving its overall profile.

Thanks to the resurge of the y2k and 2000s fashion, Baby Phat saw it fitting to relaunch! This time, she wants Baby Phat to be a legacy brand. She wants it to be Chanel.  In 2019, Baby Phat announced its comeback with plans to introduce the brand to the younger generation. Specifically, the generation that claims Simmons Leissner’s eldest daughters Ming Lee Simmons, 19, and Aoki Lee Simmons, 16.

During the summer of 2019, the Kimora Lee Simmons teased at the comeback with a Forever 21 capsule that sold out in 24 hours. In addition to the brand’s announcement, it launched just in time for Christmas that year.  The collection featured biker shorts, bodysuits, crop tops, and more.

After a long journey, Baby Phat is back and within demand. The brand’s e-commerce store not only sells trendy clothing items, but it also sells beauty products! Check out their discounts, and support our fashion godmother! 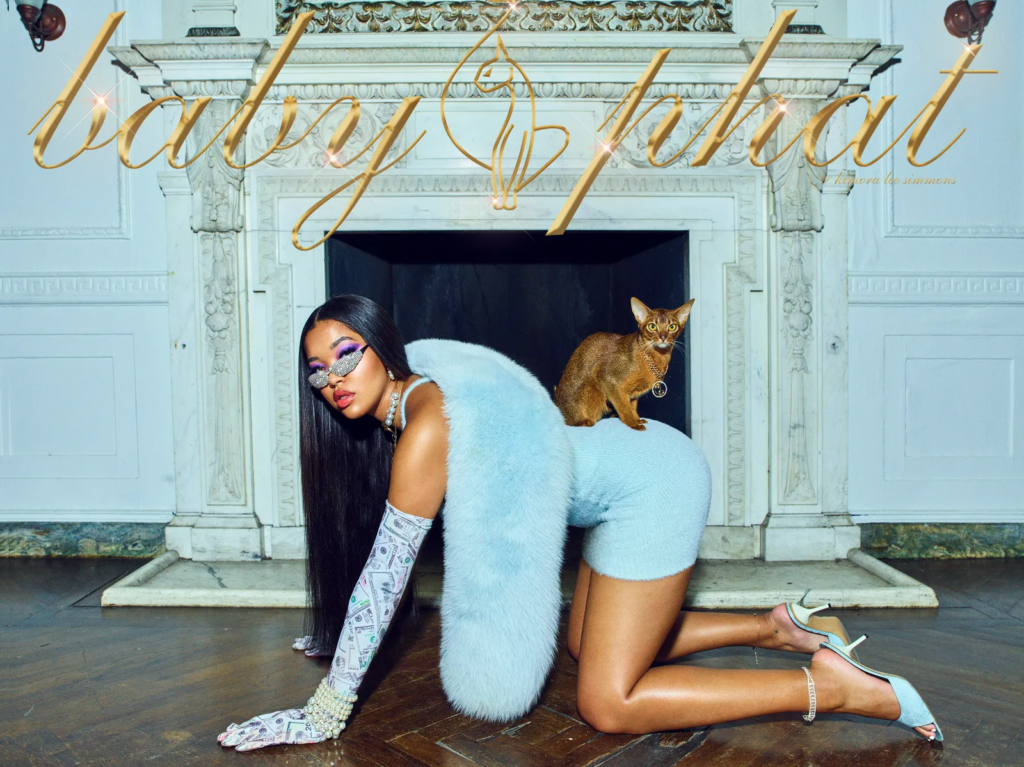