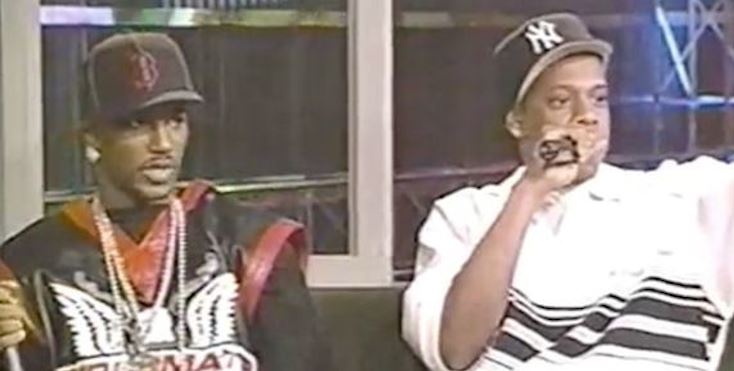 If you’re familiar with JAY-Z’s rise, then you’d know he built a reputation for himself as a neighborhood dope dealer from Marcy Projects, who had the gift to transform these stories into rhymes. However, Faizon Love appeared on the Hip-Hop Uncensored podcast and said the mogul is capping about his narcotic past.

“I like Jay-Z. I like him as a guy and the whole thing he created about this fake dope dealing,” Faizon said around the interview’s 18-minute mark. “That’s when I stopped liking him. This nigga ain’t sold no cocaine in his life—I don’t think he’s ever won a fight.”

Faizon criticized Hov for telling a one-sided story of his cocaine tales. “There’s no stories of the other side,” he continued. “Somebody going to bust you. Nobody ever sold you pancake? … All this shit sounds like an episode of Miami Vice.”

The Brooklyn native has recalled a series of unfortunate events like the time he lost 92 kilos, he was shot at three times, and the impact the game had on his mental health.

JAY-Z doesn’t spend a lot of time posting on social media, but he doesn’t miss a beat and would probably respond in the future on a record. But in the meantime, Cam’ron, who once publicly feuded with Jigga, came to his defense.

“I know me and Hov haven’t had the best relationship (publicly) but Faizon don’t know what the fuck he’s talking bout,” the Dipset rapper wrote. “Weather legally or illegally niggas got to it.”

Rihanna to Invest in ‘Partake Foods’ Owned by Black Woman

Even without Cam’ron’s co-sign, the chances of JAY-Z getting “cancelled” after the actor’s allegations are slim to none. But it was certainly entertainment for last weekend.