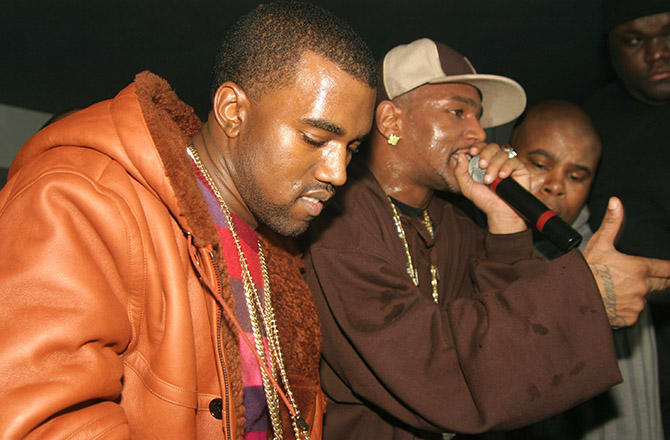 The Diplomats gave their fans a Thanksgiving present with the release of their first album in 14 years, Diplomatic Ties. As soon as you’re introduced to the collection, there are shots coming out the gate.

Cam’ron took a direct shot at Kanye West on the first track called, “Intro: Stay Down.” Cam dedicated his entire verse to call out his former frequent collaborator. What’s even more savory about the track, it kicks off with a soundbite of Drake, who is also feuding with the Chicago rapper.

“Dame Dash my man, he shootin’ then I’m buckin’ with him/They shootin’ at us? Shit, I’m duckin’ with him/But I had to be firm and tell ’em that Kanye only fuck witchu when on one else is fuckin’ with him,” Killa spits. “He told me he was bipolar/I looked and said, ‘Bipolar?’/Don’t be ridiculous, he wasn’t in the mix with us/Bricks from Hamilton Terrace/He didn’t take the risk with us/Ain’t boil a coffee pot, ain’t open the barbershop/Where we sold hydro at, where we pissed off the cops/The ones in the Taurus, nigga, he a tourist/Uncle Tom nigga know nothin’ about this chorus.”

Flea haven’t been feeling Ye for a while, considering his most recent antics. Cam took a swipe at him in his 2017 mixtape, The Program, on a song called “Coleslaw.”

Ironically, Yeezy was supposed to release his ye follow-up, Yhandi today but decided to push back the release date.