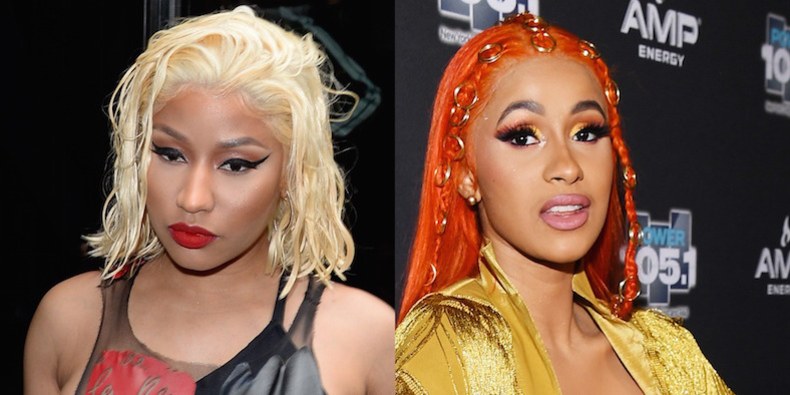 Cardi B was Little Mix’s back up plan in case Nicki Minaj didn’t submit her verse in time, as per TMZ.

Sources associated with the all-girls group Nicki first to get her on their hit single “Woman Like Me,” however they began exploring their options after the Queen emcee took a long time to submit her verse, and then kept rewriting.

Cardi was the backup plan as the group expressed interest in working with the Bronx native considering that she’s the hottest female rapper out right now. Little Mix’s record label were on top of them about meeting their deadline so they panicked and contacted Bardi’s camp.

Amid her epic Instagram rant on Monday, the “Bodak Yellow” rapper insisted that she was offered the record before Nicki but she declined. Therefore, Cardi’s claims are debatable since Minaj came through at the nick of time with her verse.

Little Mix reportedly has love for both Nicki Minaj and Cardi B, and don’t want no smoke. Well played LM.