Cardi B hosted an extravagant Dancehall-themed party in celebration of her 29th birthday, and her husband Offset made the night even more special.

TMZ reported that the Migos rapper bought his wife a new house in the Dominican Republic. “I got you a house in D.R,” Offset is heard saying at the party.

Dancehall legend Spice took the stage alongside Shenseea and Ding Dong and made Cardi B’s 29th birthday a night to remember.

Lizzo, Karrueche, Winnie Harlow, Teyana Taylor, Megan Thee Stallion, and many more were in attendance at the star-studded event.

In other Cardi B-related news, her head-turning appearances at Paris Fashion Week got her in some legal trouble. Kevin Brophy Jr. accused the Bronx native of lying under oath to attend the event instead of preparing for her upcoming case.

Brophy sued Cardi last December for the use of his likeliness on the Gangsta B*tch Music Vol. 1 cover art. He claims he never posed for the picture or gave her permission to use it in a “misleading, offensive, humiliating, and a provocatively sexual way” in order to launch her career. 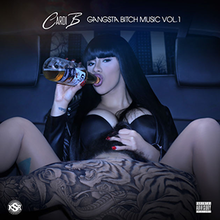 “I fully understand that our going to Paris for such a major event could lead someone to assume it all ‘must have been’ a long time in the planning, and well-known far in advance, but it was not that at all,” Cardi wrote in a letter to the judge. “My Declaration of September 10, 2021, was entirely truthful, I concealed nothing, and the opportunity to go to Paris did not even first come to my attention until a couple of weeks later.”