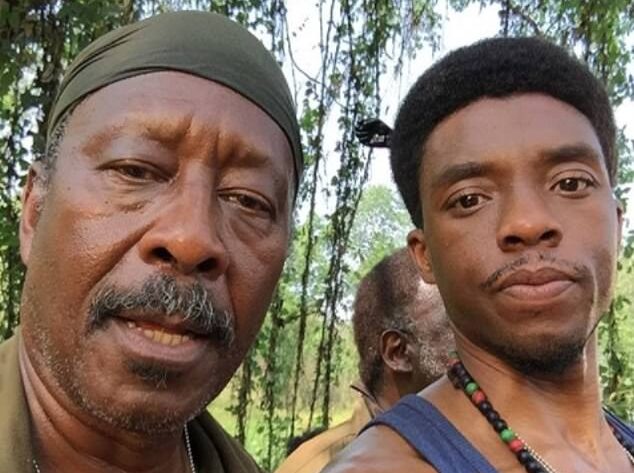 The following story is an important lesson to mind the business that pays you. But it takes humility for Clarke Peters to admit that he judged a book by its cover while working on Netflix and Spike Lee’s Da 5 Bloods alongside, Chadwick Boseman.

The 68-year-old appeared on a virtual interview with Good Morning Britain and tearfully admits that he thought the “Black Panther thing went to his head” because he had extra assistance on set. Not knowing he was silently battling colon cancer for the last few years and it progressed to stage four.

“We were shooting in Thailand actually and when I look back at that time, I have to say with a little bit of regret that I probably wasn’t the most altruistic in that environment, but hindsight teaches us a lot of things.”

Peters added, “And what I’m addressing is basically, my wife asked what Chadwick was like and I was really excited to work with him. I said, “I think he’s a little bit precious” and she said “Why?”

“And I said, ‘Because he’s surrounded by people who are fawning over him – a Chinese practitioner who’s massaging his back when he walks off set, he’s got a make up lady who’s massaging his feet, his girlfriend is there holding his hand. I’m thinking “Well maybe the Black Panther thing went to his head.'”

Spike praised Chadwick for being a “trooper” on set because no one knew about his silent battle.

Da 5 Bloods was the last film that was released during the Black Panther actor’s lifetime. Netflix is set to release the last film he worked on, Ma Rainey’s Black Bottom, so get your tissue boxes ready.