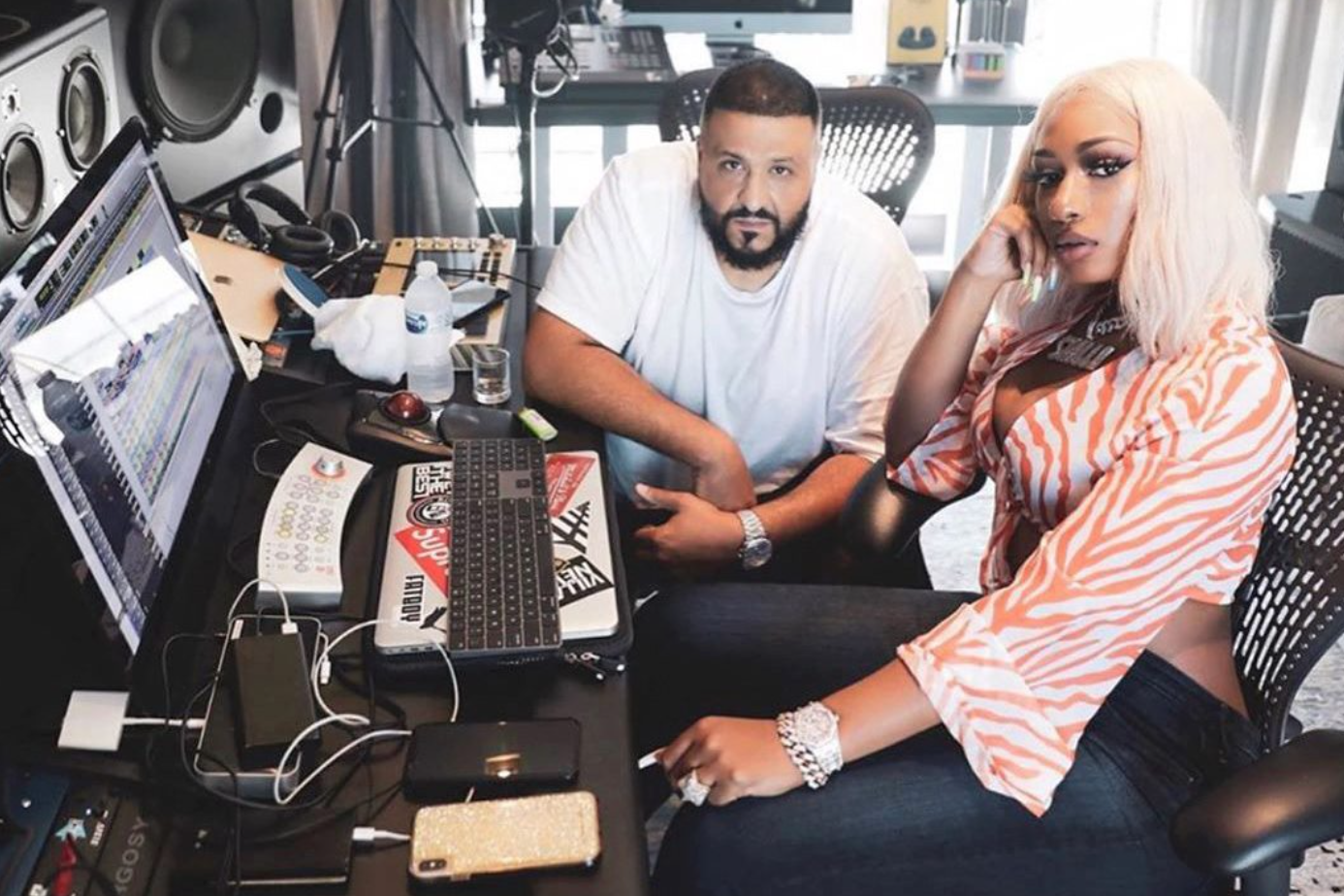 Alexandria Ocasio-Cortez Calls Out GOP Rep. Ted Yoho After he Called Her a ‘F*****g B***h’

DJ Khaled has been cooking up and he’s ready to release what he’s been working on.

Apple Music’s own Zane Lowe sat down with the “I Got The Keys” artist in quarantined fashion. Khaled was FaceTiming Lowe while on a jet ski, wearing his infamous saying “We The Best” on the mask.

While on the jet ski, Khaled says this moment with Zane is a “celebration” while giving fans details on his upcoming 12th studio album, Khaled Khaled. “I’m going to break out Khaled Khaled more through the process, through the rollout. You know what I mean? And this was a way to come to with two keys. My first and last name is the same. That’s true. Two keys there too, I got two kids,” he told Lowe. “And when I was talking to Drake, you know what I mean? I was like, ‘I want to hit him with a knockout.’ That’s what I asked him. I said, ‘I want to hit him with a knockout.”

Now the “All I Do Is Win” producer has eyes set on for another hit and he’s looking at one of the artists hottest artists in the game. The Head Hottie herself, Megan Thee Stallion. “I mean f**k it, this is Zane Lowe show right…I’ll be honest with you…you know, me and Megan, we got one. Ya, we cooked up something,” says Khaled.

Considering “I’m On One,” “No New Friends,” and “For Free” there’s no denying that Drake and DJ Khaled are a dynamic duo. “He’d always been the same to me, meaning as in he does what he wants to do, he do it how he want to do it, and it’s going to be big,” Khaled said when talking about Drizzy.

Mike Tyson is Set to Fight Roy Jones Jr. for an 8-Round Exhibition in September

Alexandria Ocasio-Cortez Calls Out GOP Rep. Ted Yoho After he Called Her a ‘F*****g B***h’