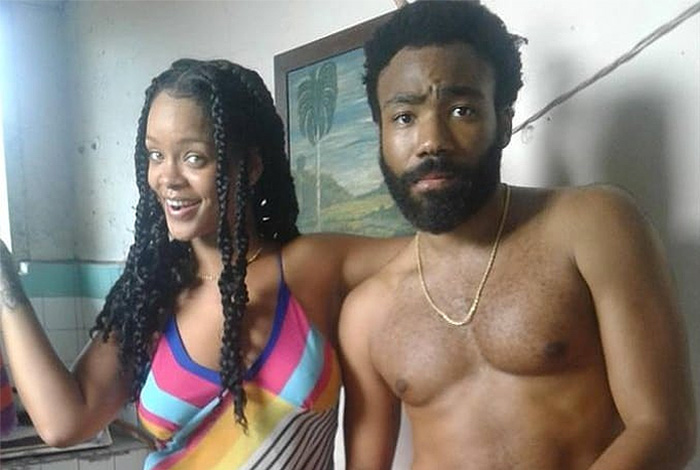 Fans have been speculating about Rihanna and Donald Glover’s mystery venture after they posed for a picture in Havana, Cuba, shooting with the rapper’s “This Is America” music video director, Hiro Murai. Stans figured out the film’s title is Guava Island and also stars Letitia Wright and Nonso Anozie.

Everything else in regards to the film has been under wraps up until last weekend when Glover premiered the first footage at his Pharos Festival in New Zealand. Although none of the stars posted the footage, a lucky attendee blessed us with a sneak peek.

“We live in paradise but none of us actually have the time or the means to live here,” Glover’s character says. Check out the clip above.