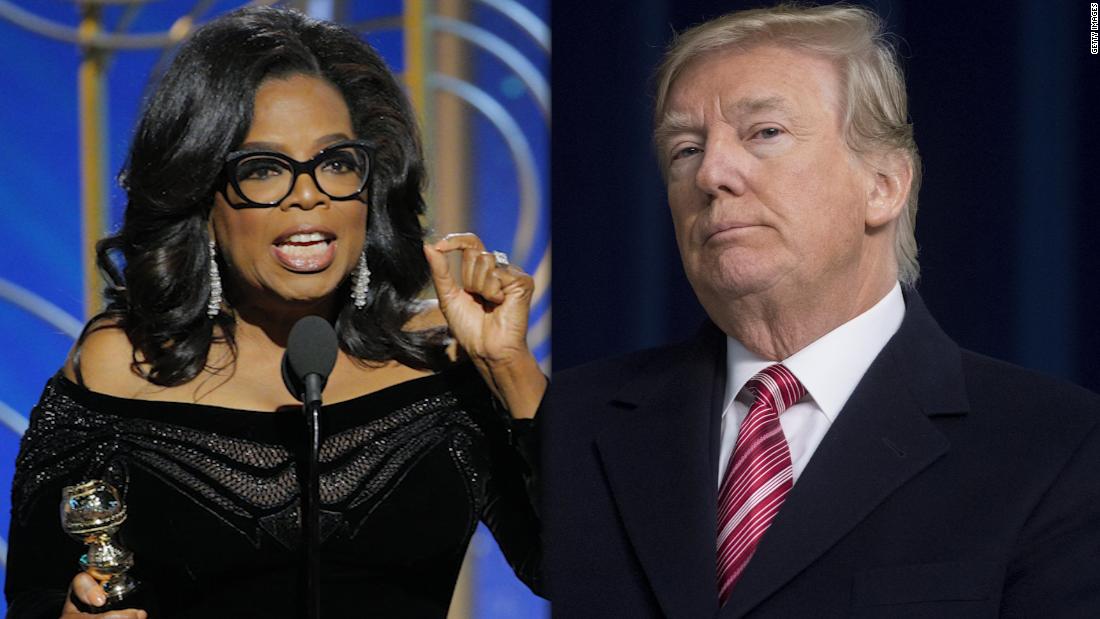 Donnie can’t even put the Twitter fingers to rest on President’s Day. He took to Twitter to express his desires of Oprah running for President in 2020 so that she can be “exposed and defeated just like all of the others.”

The 60 minutes interview Donnie is referring to is when Oprah had 14 voters from Grand Rapids, Michigan on the show. In Sunday’s episode of the series, the anti and pro Trump voters reunited to reflect on their political stand six months later.

Oprah’s moving speech at the 2018 Golden Globes sparked the Oprah for 2020 campaign. However, the media mogul shot down any possibilities of running. But apparently, Trump still wants her to run so that she can lose.

Ironically, in a 1999 interview, Donald Trump said that he would make Oprah his running mate if he ever ran for President.