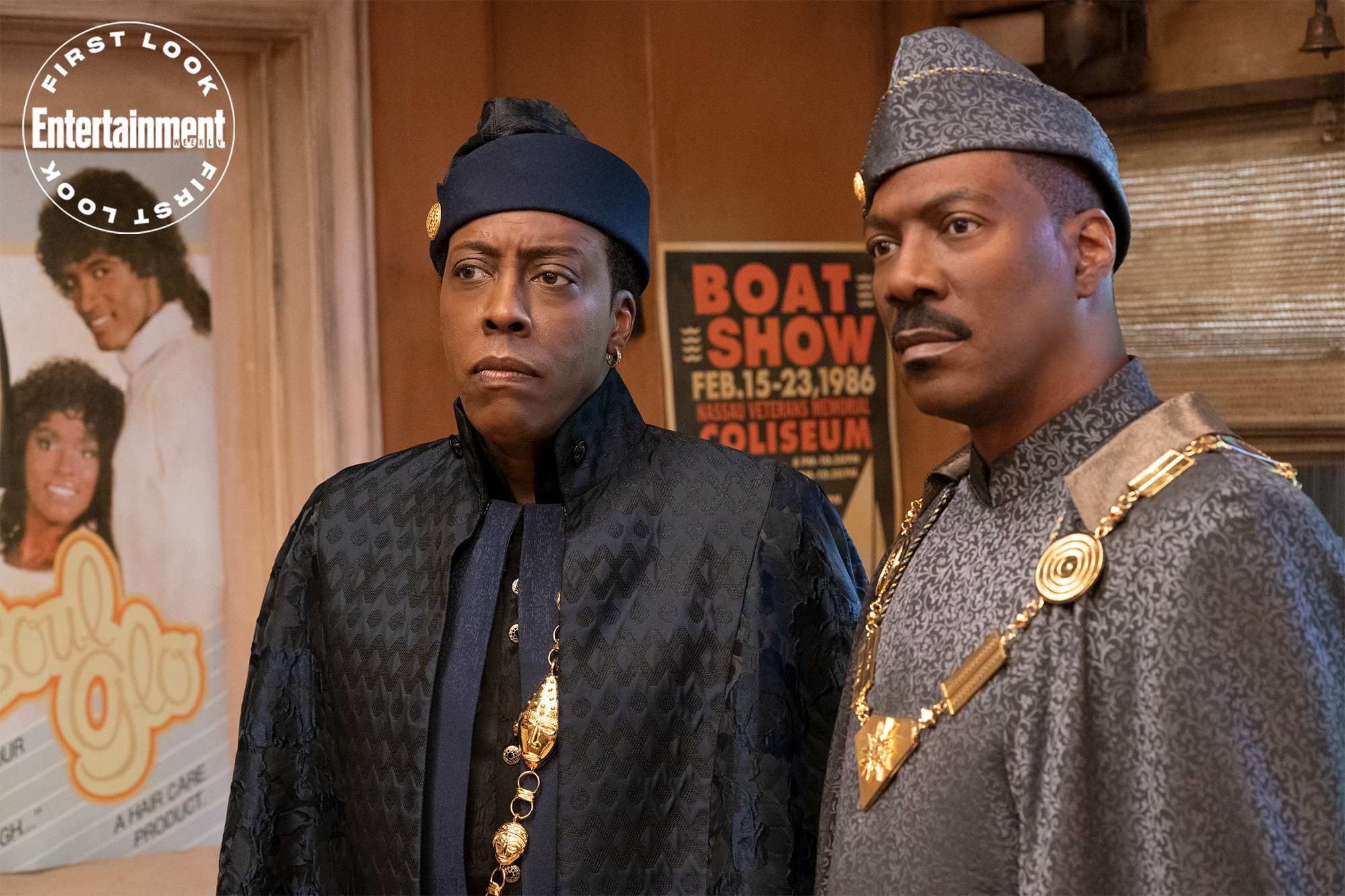 
Eddie Murphy and Arsenio Hall were reminded that “white men run this business” while filming the original Coming To America.

The highly-anticipated second installment of Coming To America is dropping this week and the cast is on a heavy press run.

Eddie Murphy and Arsenio Hall virtually appeared on Jimmy Kimmel Live! on Monday and shared secrets about the cult classic.

The duo revealed that Louie Anderson, who portrayed Maurice, was cast because Paramount Studios wanted white people in the mix.

Murphy added, “They were like, ‘There has to be a white person in the movie.’ I was like, ‘What?’ So who was the funniest white guy around? We knew Louie was cool, so that’s how Louie got in the movie.”

It looks like their relationship is still going strong because Louie reprised his role in the upcoming Coming To America sequel, which will be available to stream exclusively on Amazon Prime on March 5th.

Watch the full interview below:

T.I. Will Reportedly Not Return To ‘Ant-Man 3’ Amid Sexual Assault Allegations