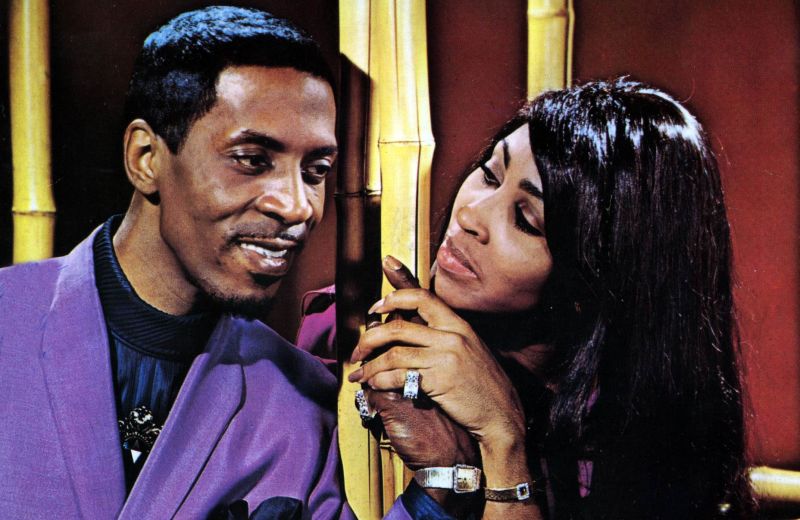 Ike is known as one of the pioneers of Rock and Roll and for his work with his then-wife, Tina. It’s no secret that their relationship was toxic.

The 1993 biopic What’s Love Got To Do With It starring Angela Bassett and Laurence Fishburne gives fans a glimpse of some of the things the singer allegedly endured during her marriage.

Ike has told his side of the story before passing away from a cocaine overdose in 2007 as per the San Diego County Medical Examiner’s Office. He admitted to being physically abusive but claimed it was for the greater good.

You will get a chance to see a portrayal of Ike’s version of events in an upcoming play called Taking Back My Name: The Ike Turner Story written by playwright John L. Ruffin. “You’ve heard her side of the story…now hear his,” Twanna wrote on her Facebook page sharing the play’s poster.

The caption read, “My daughter, Heather Sweet, and I had the privilege to see the first play, ” Taking Back My Name, The Ike Turner Story”, compliments of John L. Ruffin , the BRILLIANT playwright of this power rendition of my father’s life. Thank you John.”

Some people called her out for supporting a project that attempts to debunk Tina’s abuse allegations which Ike already apologized for.

“I do not agree with the degree of vile and contempt you have for him, but I understand. The man I know was loving and caring. He was selfless in some aspects. He was brilliant in his gift and shared his talent with whomever would accept it,” Twanna responded.

She added, “No…I am not saying he was a perfect man, but he was not that “Demon” that he was portrayed to be either. I am sure that if we looked into the closets of all of you who projected your hate on my father, I wonder what we would find? What if YOU had aspects of your life exaggerated and put out for the world to see and YOUR life was destroyed based on that portrayal? If you had people posting vile messages to your family about what had been put out for the world to view. How would you feel? I am proud to be the daughter of Ike Turner and will continue to celebrate him until I draw my last breath.”

What are your thoughts on Ike Turner’s perspective finally being portrayed in a play?