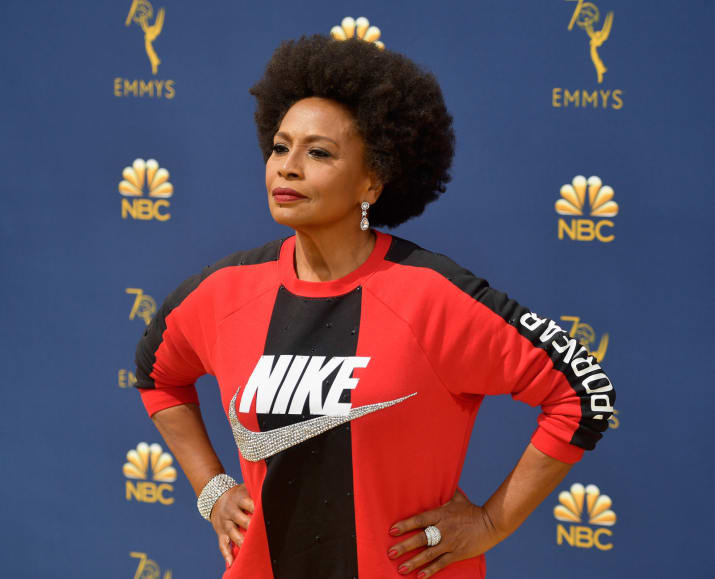 The legendary Jennifer Lewis made a bold, chic statement during her red carpet appearance at the 2018 Emmy Awards.

Bows, plunging, and bright colors were definitely the wave for last night’s ceremony, but Black-ish star, Jennifer Lewis, rocked a Nike ensemble in support of the company’s decision to feature Colin Kaepernick.

“I am wearing Nike to applaud them for supporting Colin Kaepernick and his protest against racial injustice and police brutality,” Lewis said on the red carpet.

In case you missed it, Nike caused an uproar after they unveiled their ad campaign for the 30th anniversary of their “Just Do It” slogan, starring the former 49ers quarterback. Many people, including President Donald Trump, thought the sports brand was sending a bad message and opted to boycott and burn their Nike items.

Jennifer Lewis said she came up with the idea when thinking about doing something “meaningful.”