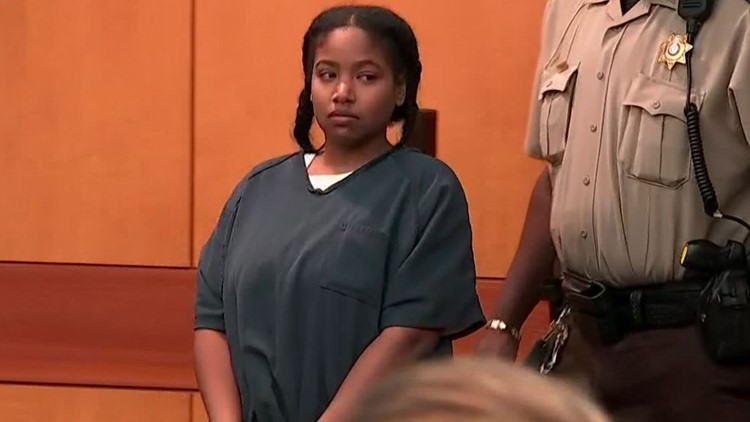 Joycelyn Savage Opens Up About her Relationship With R. Kelly: ‘I Am a Victim’

Jordyn Jones was denied bond when she posed as a flight risk after killing her roommate, Alexis Crawford, with her boyfriend, Barron Brantley.

The former Clark Atlanta Student withdrew from school the day after she committed a murder and planned to move back to Michigan with her parents.

Jones and Brantley are both 21-years-old and were charged with felony murder in Atlanta Georgia.

A rape kit was given to Crawford after she reported Brantley for unwanted kissing and touching days before her family reported her missing. Prosecutors said that Brantley’s semen was found inside of Crawford and Jones told the slain student’s family that no DNA was found.

After the report was filed, Jones foolishly allowed Brantley to secretly stay in her room without Crawford’s knowledge. The night of Crawford’s death, on Halloween, she saw Brantley leaving Jones’ room and the two ladies got into a physical altercation before he choked her to death. According to Detective Michael Young of the Atlanta Police Department, Brantley told authorities that “she was struggling to breathe and had the sound of agony.” Jones proceeded to put a plastic bag over her head.

The couple put Alexis’ body in a bin and cleaned the blood from the living room. But they didn’t do that good of a job because when investigators searched the apartment they sprayed luminol and found blood in at least six different places in the living room.

Surveillance footage from that day shows the Bonnie and Clyde wannabes driving Jones’ car to a door that leads to the apartment in the parking lot. Young believes they loaded Crawford’s body during that time period.

Jones didn’t confess to the murder until authorities put the pressure on her. She then led them to Crawford’s body and was accompanied by her father.

Fulton County Judge Todd Ashley has reason to find probable cause and move forward with murder, aggravated assault and concealing a death charges against Brantley thanks to Young’s testimony.

Brantley’s next court appearance is scheduled for January 10.

Joycelyn Savage Opens Up About her Relationship With R. Kelly: ‘I Am a Victim’

Everything We Know About Alexis Crawford’s Murder Case