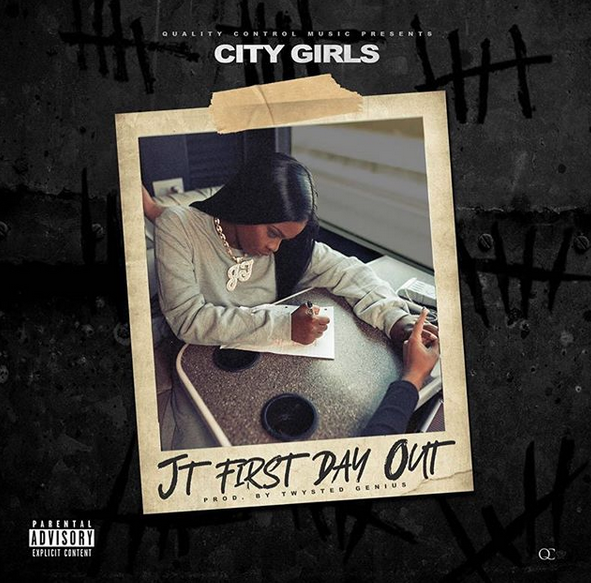 We were screaming #FreeJT since last Summer and now we can finally say it backwards: JT is free (kinda)!

The other half of the City Girls announced on Instagram that she’s dropping her “First Day Out” single Tuesday night at 10:00pm. The caption read, “You Bitches Could Neva.”

The cover art looks like JT getting her nails done as soon as she was released from Florida’s Federal Correctional Institution, while writing presumably another song.

Yung Miami also reposted the single on her Instagram account with the caption “YOU BITCHES IN TROUBLE!! MY BITCH HOME! ❤️🎈🥰”

Caresha announced last month on E Bro Darden’s Beats 1 radio show that the Miami rapper was being released into a halfway house to carry out the last nine months of her sentence. “J.T. coming home this month,” Miami said. “When she come home we’ll work on another album that we’re gonna drop probably for Spring Break. She gotta come home. We gotta record.”

Her new record is slate to drop right after the 2019 BET Hip Hop Awards tonight. Do y’all think it will be fire?