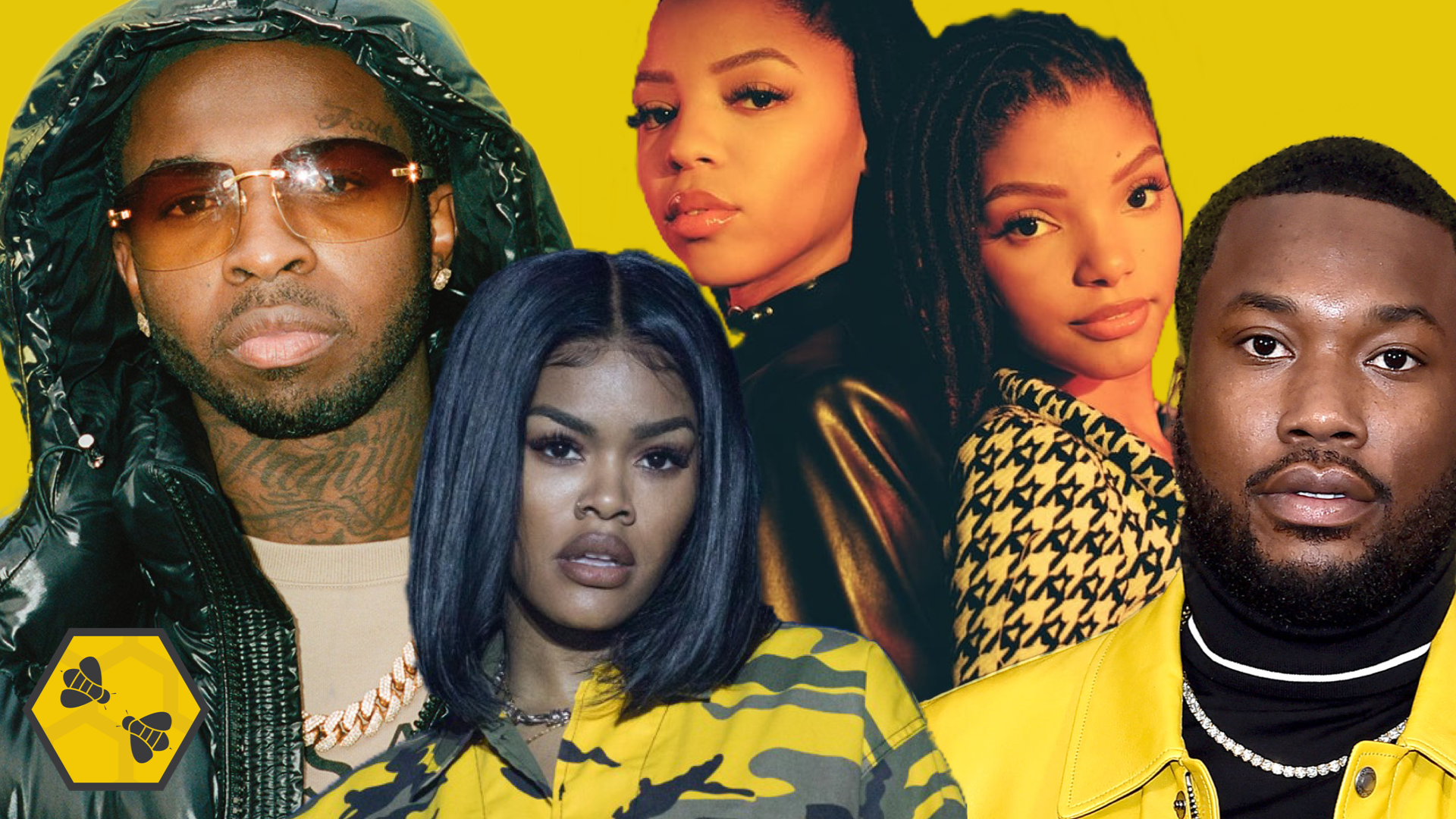 We’re getting ready for the Summer and while we’re home still in quarantine the music does not stop. This is definitely a strange time to release new music, thankfully some of our favorite artists are still moving forward with their projects giving us something comforting. Here are some of the releases to look forward to for June.

Following up her 2018 sophomore album K.T.S.E.,Teyana confirmed her new project The Album would drop next month. The announcement was posted on her Instagram, showing off the Grace Jones-inspired cover art taken by @danielsannwald. The official date is yet to be determined but we know we’re going get some smooth R&B vibes.

“This album is definitely more of a vibe. I don’t really do fast songs like that,” Taylor said in an interview for the Red Bull Music Instagram. That is where she held a Q&A session with her dance captain Coco Gilbert. “There are some head-boppers. It’s not super-fast. You can dance and you can cry and you can ride.”

Meek Mill is definitely is getting ready to heat the summer. “DREAM CHA$ERS PLAYLIST STARTS IN JUNE AND NEVER ENDS,” he tweeted and reposted on Instagram. It sounds like he is ready to deliver some new music with some of his labelmates. This will be the latest project from dropping Grammy-nominated artist. His CHAMPIONSHIPS album was dropped in 2018.

The Dream Chasers label tweeted out a video teaser for their new single “How You” by Meek Mill featuring Kentucky singer-rapper Vory, who signed to Dream Chasers earlier in 2020. “Got me hatin’ on y’all / I can’t wait till he cross you / You my baby / I can never abort you,” raps Meek.

Who ready for the #DreamChasers playlist? How You by @MeekMill ft Vory coming soon 🤫💎 pic.twitter.com/OgfdwpBraE

Ungodly Hour is the upcoming sophomore album by the Beyonce-discovered R&B duo. The album is confirmed to be released on June 5th. This will be their first studio project in over 2 years since the release of their 2018 effort, The Kids Are Alright.

“For this album, we really just wanted to show how we could pair our musicianship with a few bops and letting people enjoy themselves,” Chloe told Zane Lowe on Apple Music. “We called it Ungodly Hour because it’s okay not to be perfect all the time.”

The 13-track album is led by the single “Catch Up” featuring Swae Lee and Mike WILL Made-It. The second single, “Do It” was released about two weeks ago and is supported by a Tik Tok dance challenge.

Pre-order the album on all streaming platforms.

The rap duo confirmed the release of their album on June 5th. This marks their first effort in about 4 years. The 11-track album has features from Pharrell Williams, 2 Chainz, DJ Premier, and more. The pair, consisting of El-P and Killer Mike, are releasing the new project on a major label BMG (Bertelsmann Music Group). Having put out their previous three LPs through independent labels.

Followed by the untimely passing of the rising “Dior” star, Pop Smoke was on his way to becoming a household name. 50 Cent announced that he’s executive producing the project, and his manager Steven Victor announced that he’s working closely with the Brooklyn rapper’s family to release the collection.

The album will follow up to the Meet The Woo mixtape series which featured some of his biggest hits like “Christopher Walking,” “Shake the Room,” “Elements,” and more.

Flatbush Zombies: Now, More Than Ever

Last week the Flatbush Zombies returned to social media with a photo implying they are ready to set the world ablaze with some new music.

“Iamlegend” gives an insight into what they have been working on since their 2018 record Vacation in Hell. With the early June release date, the rap pack has a 6-track EP by giving samples of each track on their Instagram page this looks like this will hold us over until their next full-length EP hopefully this or next year.

Check out their video to Iamlegend now: