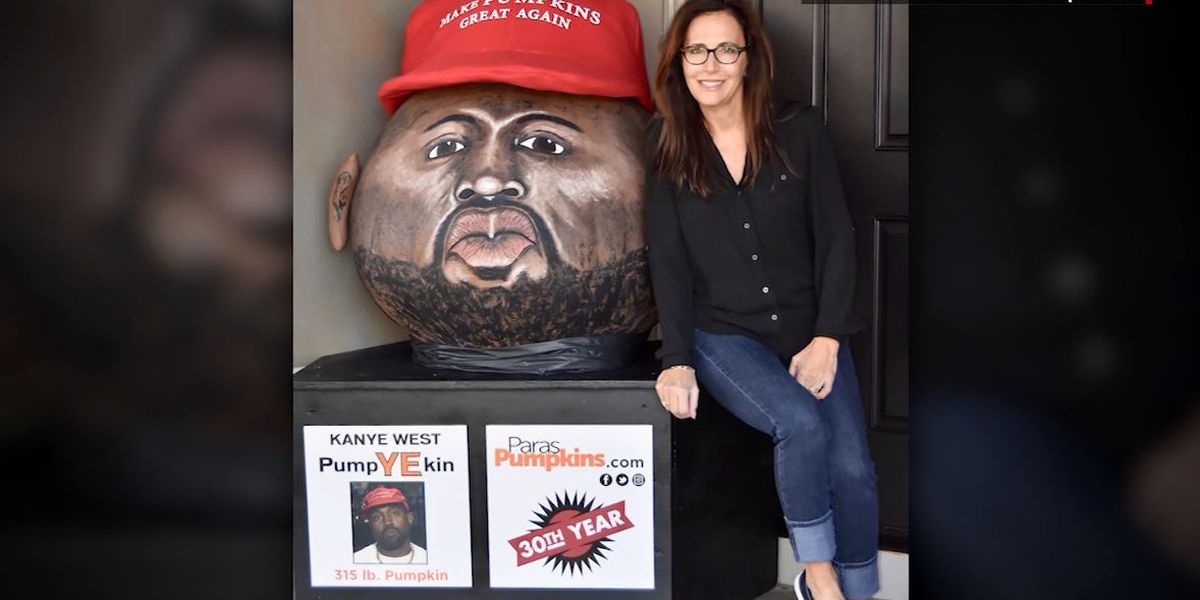 Kanye West has gone from a life-sized water bottle on Saturday Night Live to a 315-pound pumpkin.

Jeanette Paras has an annual tradition in Dublin, Ohio where she transforms pumpkins into your favorite celebrity according to who’s hot. And who was a better choice than Ye himself, who has been making countless headlines this year since he broke his social media hiatus.

The pumpkin started off with a sketch then took seven hours to paint.

The hardest part of the entire project was putting together the giant “Make Pumpkins Great Again” hat for Yeezy. The hat took nine hours to sew.

Paras has been transforming pumpkins for 30 years. Every year, she teases, “Who will it be?” In the past she has created a Donald Trumpkin, Hillary, Kim Jong Un, she even did Kanye West before sporting a pair of glasses. “It’s just fun,” Paras said. “Who doesn’t like giant celebrity pumpkins?”