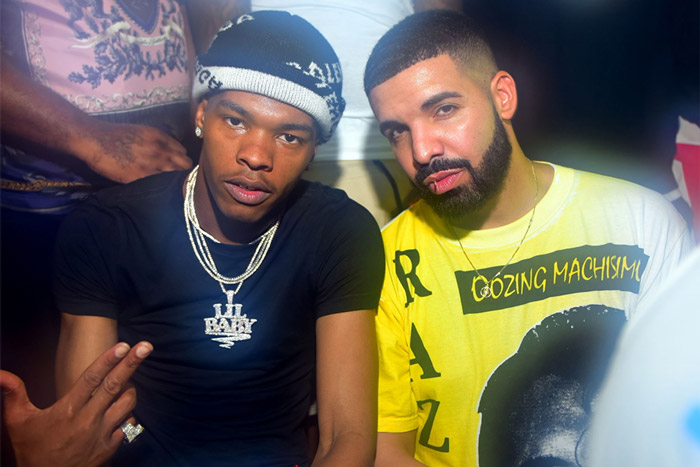 Drake dropped his latest song and video for “Toosie Slide” on Thursday night. Lil Baby spilled the tea that he was supposed to be featured on the single.

The “Woah” rapper took to Instagram to share a screenshot of “Toosie Slide” on Apple Music, writing, “@champagnepapi Sent Me This Song A Month Ago My Dumb Ass Ain’t Send The Verse Bacc !! But That’s Big Bro We Got Shit Comingggggg !!! ‘Toosie Slide’ Out Now.”

The single produced by Oz also arrived with its distinct choreography, which social media/influencer and dancer Toosie released on TikTok earlier this week.

“Toosie Roll” is Drake’s first official solo single of 2020, and comes after his collaborations with Future on “Life Is Good” and Lil Yachty and DaBaby on “Oprah’s Bank Account.”

In March, Drizzy also dropped two loosies, “When to Say When” and “Chicago Freestyle” on SoundCloud. He is now putting together his next album.

In other Lil Baby related new, the Atlanta rapper had a strong start off to the year. In February, he released his second album, My Turn, which landed him his first No. 1 album on the Billboard 200 chart. Lil Wayne also stroked his ego by calling Baby his favorite artist. The “Close Friends” rapper was featured on Weezy’s Funeral album cut “I Do” with fellow rapper, Big Sean.

Hopefully the next time Drake comes calling Lil Baby is quick to answer.