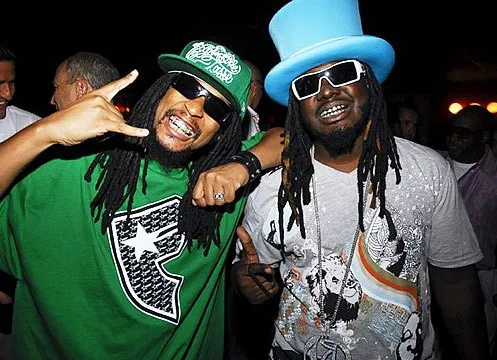 Another Instagram Live battle went down and this time Lil Jon and T-Pain entered the ring. The battle certainly didn’t disappoint, but Lil Jon ended the duel victoriously.

The highlight of the epic moment was when the Crunk OG played an unreleased Ludacris and Usher collaboration. To make the moment even more savory, the song was written by Jermaine Dupri!

There were over 200,000 users tuned into the battle, and Lil Jon shared some stories about how certain songs came about like Trillville’s “Some Cut.”

Things got really awkward though when the Atlanta producer urged followers to avoid vaccines at all cost, followed by T-Pain playing R. Kelly.

Lil Jon and T-Pain hitting us with the anti-vaxxer, sexual predator 1-2 punch within 10 minutes of each other pic.twitter.com/Bb3MfYvSXW

Despite the slight controversy, this was one of the best-received battles, followed by Johnta Austin and Ne-Yo’s battle.

Were you tuned in?