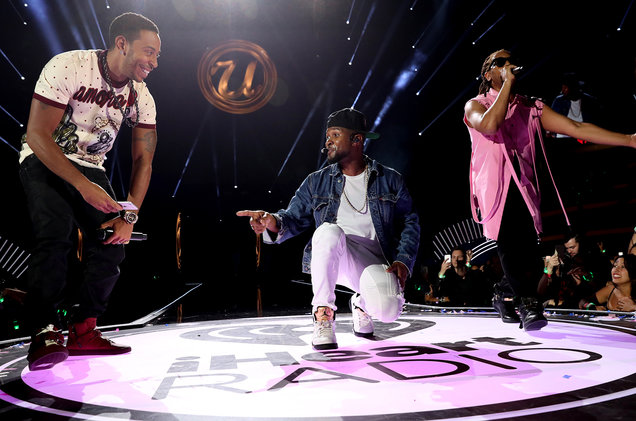 If you were hoping for Usher, Lil Jon, and Ludacris to do a collaboration again then you’re in luck.

A fan asked Twitter, “Are Usher, John and Luda ever going to do it again?” To her surprise, Lil Jon responded: “WE DID IT ALREADY 😉 COMING ON @Usher NEW ALBUM 🔥 🔥 🔥 🔥”

Ludacris followed up with a screenshot of the Twitter conversation on Instagram and captioned the photo, “sh*t slappin too.’

There’s no telling when this “slapper” would see the light of day, but Lil Jon alludes that it’s set to be featured on Usher’s upcoming, Confessions II album.

The Atlanta trio are known for their hit single, “Yeah!” It charted on the Billboard 100 for 12 consecutive weeks, and is one of the biggest worldwide hits in music history. It also won the Best Rap/Sung Collaboration at the 47th Grammy Awards, while being nominated for Record of the Year.

The three Atlanta artists later linked up again for their “Lovers & Friends” collaboration, which is a certified hood classic. When the Twitter user initially asked the question, she was referencing Luda’s lyrics in the outro of the song when he rapped, “please tell your lovers and friends, that Usher, Jon, and Luda had to do it again.”

Well, it’s about time to let them know the trio is about to do it AGAIN.