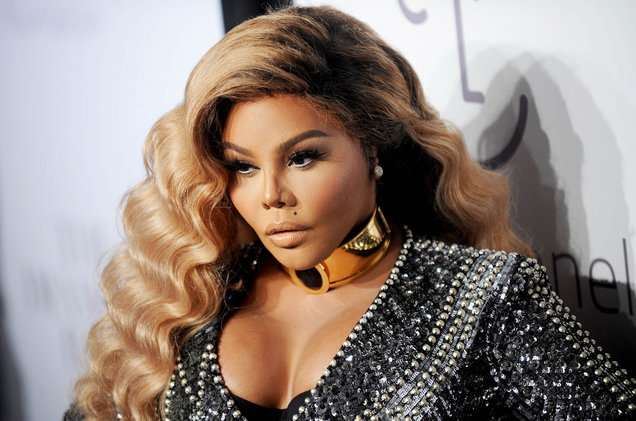 Lil’ Kim is set to release her memoir The Queen Bee this Fall.

“I’m excited to finally get to tell my story after all this time,” the rapper told People. “Many people have thought they knew the story of Lil’ Kim, but they have no idea.”

The book is written by the Queen Bee herself and author Kathy Iandoli, and it will chronicle her 30-year career from her adolescent years, to her time with the Notorious B.I.G. and Junior Mafia, to her solo career.

The Queen Bee is set to be released November 2nd and the “Crush On You” rapper couldn’t contain her excitement.

“IT’S FINALLY HERE!! That’s right, the book, Lil’ Kim The Queen Bee Life Story. Dropping in November!! You thought you knew me but you have no idea,” she tweeted with a wink emoji. “Thank you @kath3000 and @HachetteBooks for helping me get my story out.”

IT’S FINALLY HERE!! That’s right, the book, Lil’ Kim The Queen Bee Life Story. Dropping in November!! You thought you knew me but you have no idea 😉 Thank you @kath3000 and @HachetteBooks for helping me get my story out. ❤️ Pre-order now! https://t.co/wyVrhYJZWy pic.twitter.com/ZWhamGcVbE

Pre-order is available here for the hardcover.

Many people are familiar with Lil’ Kim’s story from the perspective of Biggie’s estate in the Notorious biopic, which the femcee has publicly criticized.

Yeah, no. No. I hate that movie. To me it was like a spoof. It was something that I would have never approved. I didn’t like who played me. No. No, no, no, no,” Lil’ Kim said in a previous interview.

She added that she’s working on her own biopic and she would most likely choose an unknown actress to portray her. But if Kim had to choose anyone in the industry, she’d pick Teyana Taylor.

“It can only be a girl that’s from the hood that I’m from. I love Teyana, she’s my only other thought. There’s nobody else in the industry at all but Teyana. But, even before Teyana — I love Teyana, but she’s from Harlem –before Teyana, I would love to give some little girls from Brooklyn a chance so I can connect. Really connect.”