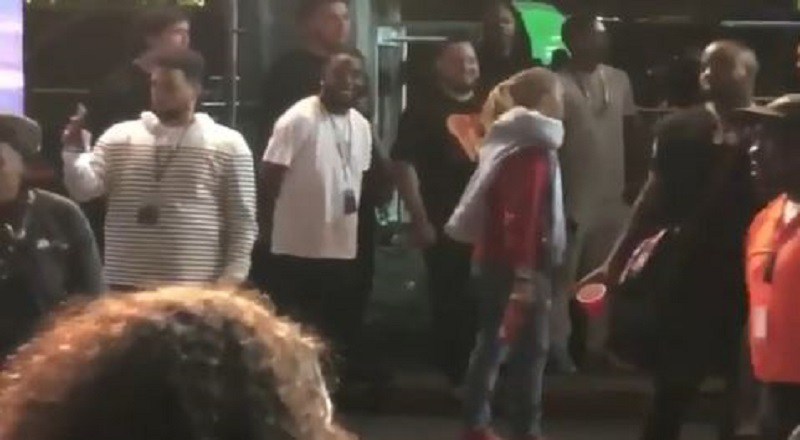 It looks like Lil Pump was enjoying J. Cole’s set at the 2018 Rolling Loud Festival.

A video surfaced the Internet of Pump front-and-center of the KOD rapper’s set. Jermaine was performing “1985 (Intro to ‘The Fall Off’)” and began rapping a cappella towards the end of the record.

Now your show’s lookin’ light cause they don’t show up/Which unfortunately means the money slow up. Now you scramblin’ and hopin’ to get hot again/But you forgot you only popped ’cause you was ridin’ trends, Cole raps.

The “Gucci Gang” rapper was bopping, with a cup in his hand around a group of people. You can hear someone in the crowd shout “f*ck Lil Pump, and that amps him even more.

Ironically, Pump believes that the record is a diss track aimed at him, so there’s no telling if he had a change of heart of if he’s just trolling.

Check out the video below: