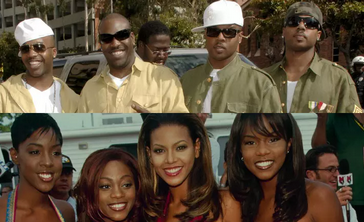 Juice WRLD’s Ex-Girlfriend Details his Drug Abuse, Claims he Was Violent During Withdrawal

Matthew Knowles is gearing up to release a tell-all book detailing his time managing the acclaimed girl group, Destiny’s Child.

The group ended with three members: Beyonce Knowles, Kelly Rowland, and Michelle Williams, and we’re sure Matthew has a lot of insight about the women’s early careers.

The 67-year-old sat down with Vlad TV and surprisingly alleged that Jagged Edge was sexually harassing his daughter and Kelly one time when they shared a tour bus. Matthew did admit this was a “poor” decision on his part to mix the singing groups of opposite sex on the same bus.

“Now remember, the girls are minors. They’re 16-years-old the guys are 21, 22-years-old,” he explained. “[…] I got a call from Kelly and Beyonce – and I talk about this in the book in detail – saying that they were constantly being harassed by two other members of Jagged Edge. I couldn’t have that.”

Matthew says he kicked Jagged Edge, consisting of Brian Casey, Brandon Casey, Richard Wingo and Kyle Norman, off the bus. But he didn’t specifically name which two members are the culprits.

None of the parties mentioned in this allegation publicly commented, but it’s probably only a matter of time.

Juice WRLD’s Ex-Girlfriend Details his Drug Abuse, Claims he Was Violent During Withdrawal