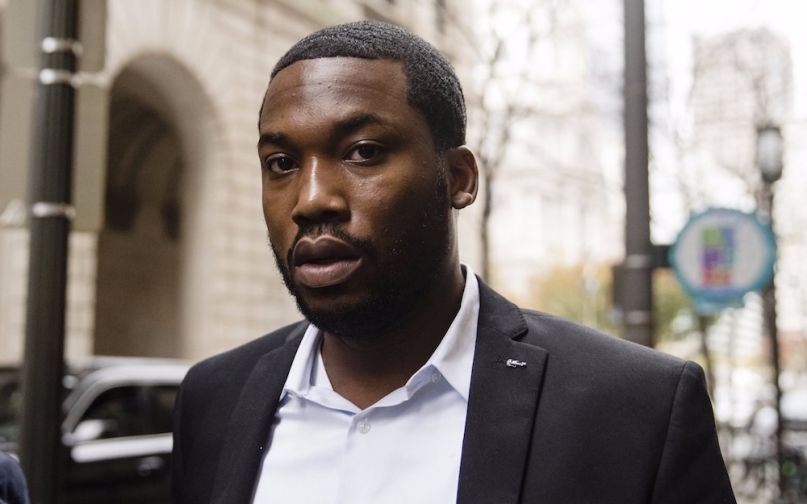 Meek Mill served five months in jail with a pending appeal. As more evidence of the corrupt justice system in Philadelphia surfaces, the outcry for his release grows louder.

Meek’s legal trouble stems from a 2008 arrest for a gun and drug charge, where enforces claim he sold crack cocaine to an informant and threatened officers with a gun. He served several months in jail, with a 10 year probation.

The rapper was 20 at the time of the arrest, and still has to walk on egg shells at the age of 30 because popping a wheelie on a bike in the street landed him right back in jail. Although there weren’t any charges filed, Judge Genece Brinkley sentenced him to two to four years in the slammer.

The harsh sentence sparked an outcry throughout the Hip Hop community, which led to protests in Philly. Many emcees spoke on the situation, including JAY-Z. “The criminal justice system stalks black people like Meek Mill,” Hov said.

It turns out that Meek’s initial arrest was setup by corrupt cops, and Judge Brinkley allegedly tried to bribe him into signing to her friend’s label and remake Boyz II Men’s “On Bended Knee,” with a special shout out to her.

Meek finally speaks from prison. He told Page Six that he feels like a political prisoner.

Once officers are corrupted, they say it is fruit from a poisonous tree, anything that he ever did is poisonous, and the cases are supposed to be retried or thrown out.. I did not point a gun at police…and they arrested me outside, they handcuffed me, they took me into the house and they beat me up…and when I came out my face was bloody, I had abrasions to my face…my hair pulled out of my head. The way the cops treated me, they were the thugs, they beat me, they lied about it, and they sent me to jail.

He believes the judge’s unusual interest in his case kept him a victim of the system for so long. Read the full interview on Page Six.