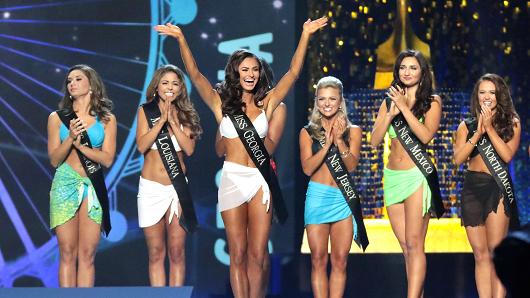 Miss America is getting rid of the longstanding traditional swimsuit competition, as a nod to the current societal shift.

Ex-FOX News host Gretchen Carlson, a 1989 Miss America winner herself and the new chair of the Board of Trustees of the Miss America Organization, announced the iconic update Tuesday morning on Good Morning America. “We are no longer a pageant. We are a competition,” Carlson says.

Contestants will partake in a live interactive session with the judges and will have to demonstrate their passion, intelligence and an overall understanding of the job, instead of a swimsuit competition.

The organization is also axing the evening gown portion of the contest.

Miss America started in 1921 in Atlantic City as a beauty bathing suit contest. However, many people have criticized the contest in recent years, calling it misogynistic. The change was probably influenced by the #MeToo movement, plus with Carlson’s involvement in the competition, it was only a matter of time. Or it could be a stunt to save face from the email scandal that the org is still catching heat for.

The former CEO, Sam Haskell, resigned after his sexist email exchanges were leaked, which insulted the appearance and intellect of former winners, including Carlson.

Teen Rapes Girl as Friends Ask for a ‘Turn’