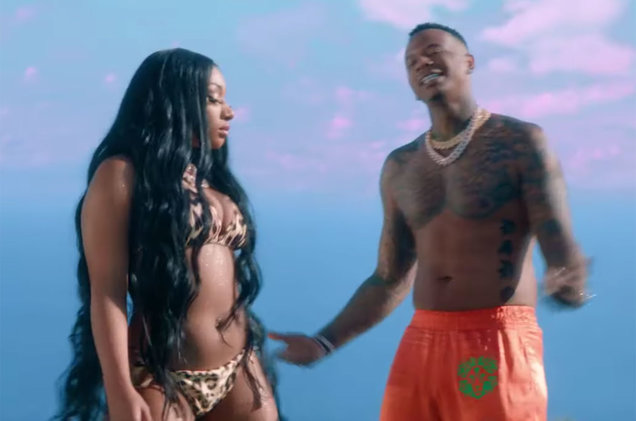 Future Spotted in Jamaica With Lori Harvey for her Birthday Vacation

MoneyBagg Yo is out here promoting his new project Time Served. The Memphis rapper sat down with EBro Darden for his Beats 1 Radio show and they spoke candidly about his public split from the Head Hottie, Megan Thee Stallion.

“Was it being in public that made it hard, or did you fuck it up?” Ebro asked. Moneybagg chuckled, “Two strong personalities just bumping heads a lot,” admits the rapper. “It didn’t work but I always wish her the best. I’m really proud of her. The Megan I know and the Megan ya’ll know are two different things. It’s still love, we just didn’t see eye to eye.” He explains that time also played a role in complicating matters, though he ultimately found a solution for that. “That’s why I ended up getting a dog for her, cause I feel it’ll still be a part of me,” says Moneybagg.

Elsewhere in the interview he spoke about his latest collection which features his ex-girlfriend Megan, Lil Baby, DaBaby, and Future.

Moneybagg Yo spoke about his song “Federal Fed” and explained it’s apart of an ongoing series he created. “I did Federal by myself,” he says. “Then I did the reloaded version when I ended up getting a little money. I put it back out for the people that didn’t hear it, then I ended up getting with Gotti for ‘2 Federal.’ And then I did ‘Federal 3X.'”

Future Spotted in Jamaica With Lori Harvey for her Birthday Vacation