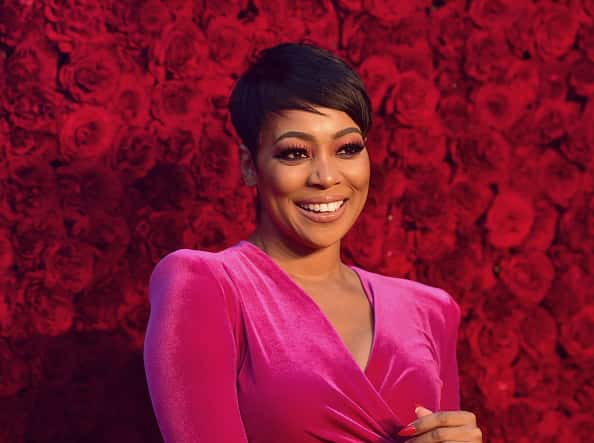 Monica paid her dues in R&B for the past two decades and now she’s gearing up to dabble in another genre.

The Grammy-award winning singer told Billboard that she’s working on a country album.

She cited Dolly Parton and Kenny Rogers as artists that made her fall in love with the genre, and she’s been in the studio with Brandi Carlile recently.

Monica already made her entry in the country space with her feature on Jimmie Allen’s “Pray” with Little Big Town.

She spoke about how that collaboration came into fruition. “Jimmie Allen is an incredible guy who loves his family and knows they’ve brought him through a tremendous amount of things. That’s what we related most about. Jimmie didn’t call me for “Pray” because he heard I was doing a country album, no one knew. He called because he wanted me on it, that means it was meant [to be].”

Monica continued giving a tentative time frame for the release of her country album. “I met Little Big Town when Brandi Carlile and I were in the studio working on my country album — it may be out before the end of the year — and I heard harmonies up the hallway. That turned into them participating on “Pray,” so it was one of those real organic situations after Jimmie called me about doing the record.”

The Georgia native’s love for country music isn’t new. “I grew up loving country music and my stepfather, who raised me, is a Methodist minister, but he also drove buses and he would take us to Nashville, Gatlinburg and Dollywood in Tennessee. I became a really big fan of Dolly Parton, at about 8 or 9 years old. That was my real introduction to country music. Shortly after, it was Kenny Rogers. I started listening to the depth of the songs and the fact that they were unafraid to say whatever it was they felt. I felt like this was a great time for me to really step into an area that I’ve always admired and loved.?We’re just getting started, but I have so enjoyed it and been welcomed with open arms.”

Monica Discusses Working with Kim Kardashian to Get C-Murder Released

Foes to Friends: An Inside Look at Brandy and Monica’s Relationship Over the Years

Did You Know Monica’s Highest-Charting Single, ‘Angel of Mine’ is a Cover of a British Girl Group