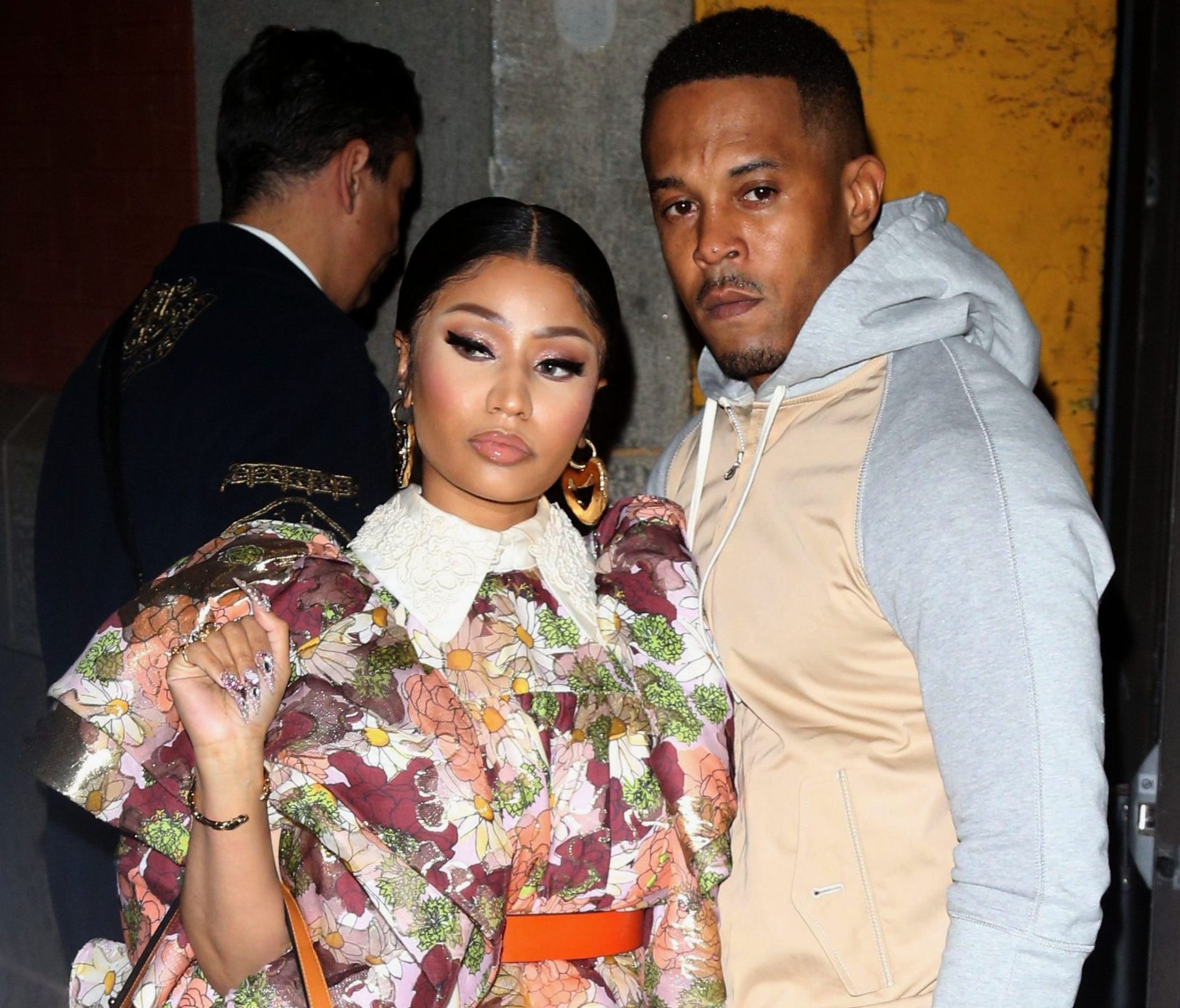 Nicki Minaj and Kenneth Petty have been accused of being gang-affiliated in the ongoing harassment lawsuit against them.

The case was filed by Jennifer Hough, who accused Petty of raping her in 1994 and appeared on The Real claiming the couple is pressuring her to recant her accusations. Hough says the harassment began after Petty was arrested for failing to register as a sex offender in California.

Attorney Tyrone Blackburn, who is representing the victim, is accusing Nicki and her husband of being affiliated with Queens-based gang, Makk Balla Brimms.

Blackburn appeared in court to make his accusations and used the rapper’s recent social media posts to support his claims.

He continued, “Shortly after Petty and [Nicki Minaj] are spotted with their gangster colleagues, a member of the gang posted a death threat to Ms. Hough on Twitter, stating: ‘Jennifer if you see this, the Makks are coming to get you.’”

Nicki hasn’t publicly addressed the harassment lawsuit or recent gang affiliation accusations, but she posted a photo from the “archives” with her comments turned off the day the news broke.

Blackburn recently sought a default $20 million judgement due to the couple’s failure to respond to the suit. The Queen rapper cites her delayed response as an “innocent mistake.”

“My failure to respond to the complaint was the product of an innocent mistake, and I ask the court to excuse the delay so that I can defend what I believe to be an entirely frivolous case,” Minaj explained in her statement.

“I confirm the truth of those portions of [the] defendant’s declaration concerning my role in her failure to secure my services promptly,” attorney Judd Burstein, who is defending Nicki in the harassment case wrote in a related statement.

Hough’s attorney, Tyrone Blackburn, insisted that they’ll continue moving forward with the $20 million default judgment. He told Rolling Stone, “It’s interesting that Kenneth Petty is currently in the Eastern District of New York suing the state of New York, but he has no respect for this proceeding and no respect for this judge to come forward and to answer for raping Jennifer Hough in 1994 and all the harassment he and his wife and his goons visited upon her since then.”