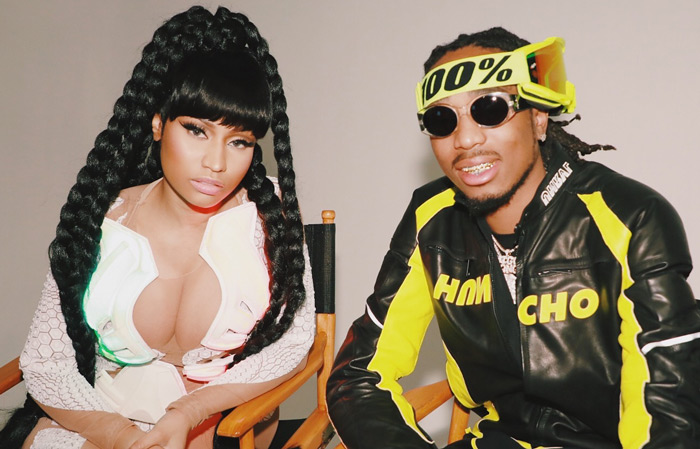 The Barbz can stow their weapons, because it looks like things have smoothened out between Nicki Minaj and Quavo.

Nicki did an interview on Beats 1 Radio with Zane Lowe to promote her two latest singles “Barbie Tingz” and “Chun Li“, and admitted that she felt a way about how the Migos handled the situation following speculation about how Cardi B ended up on “Motorsport,” and the music video. She said:

“With ‘MotorSport, at the time, I went on Twitter and explained how ‘MotorSport’ came about, and people were saying that I was lying. So I texted Quavo and I said, ‘Hey, could you back me up on this?’ Because I don’t want people to think I’m lying. What do I have to lie about?’ And he didn’t back me up.”

It appears that there’s no bad blood between the collaborators because they were spotted together in the studio, and at Coachella. Nicki also took to Twitter to confirm that the beef is over, and her army can stand down.

He apologized. Y’all can stop torturing him now. 🤣 The Generous Queen FORGIVES. When he told me what y’all were doing in them comments I fell TF out😩. Love you guys tho. For LIFE. https://t.co/jnNF61dSWD

Cardi B Speaks Out On Daunte Wright’s Killing