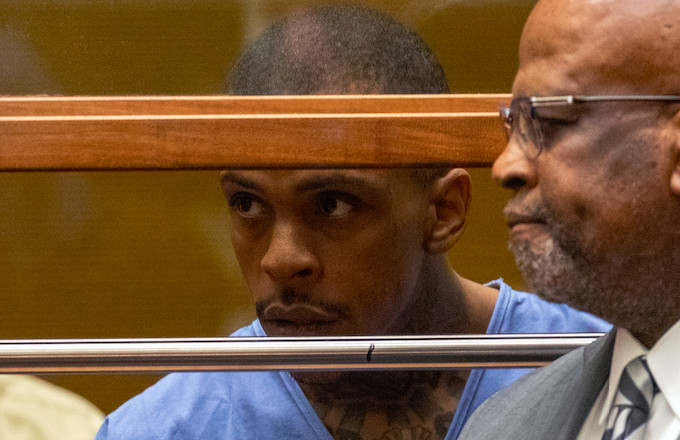 Eric Holder, who is infamously known for allegedly killing Nipsey Hussle, has a new defense team for his legal battles.

Aaron Jansen was appointed to Holder’s case after Christopher Darden stepped down citing threats to his family.

“A lot of the work was done by my predecessor. Hopefully, by the end of the year, maybe early December, we can go to trial,” Jansen told the Daily News after the court agreed to postpone the trial.

Jansen was tight-lipped about his plans for Holder’s defense but he did give a hint.

“He does have a significant mental health history,” he said of his client. “One of the things affecting him [in March 2019] was that his mother had just passed away. He was pretty despondent.”

Eric Holder pleaded not guilty to gunning down Nipsey Hussle outside of his Marathon clothing store.

This case was postponed multiple times due to the coronavirus then again after the judge retired. The trial is now set for December.