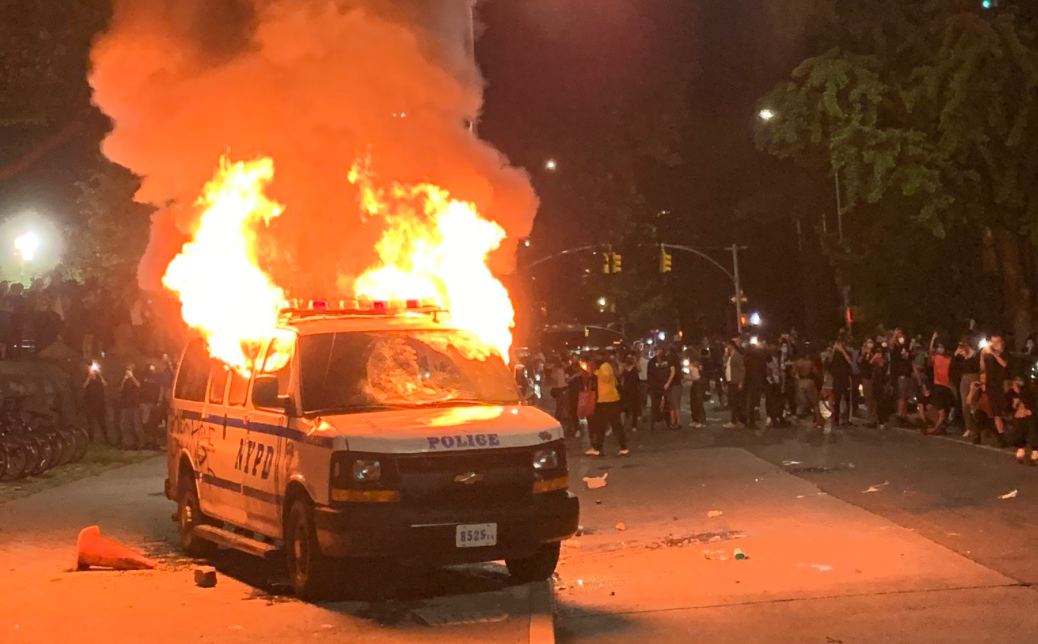 
The call for justice for George Floyd is growing as different cities protest against police brutality.

Thousands gathered at the Barclays Center as they shouted the provocative chant “NYPD, suck my d*ck!”

Thousands are gathered at Barclays Center with a provocative chant of #NYPD ”Suck My Dxck” as they demand justice for #BreonnaTaylor & #GeorgeFloyd #nycprotests #BlackLivesMatters pic.twitter.com/jw2QiwzhJe

There are tons of videos showing police using brutal force in an attempt to dismantle the protest.

And a page was taken out of the Minnesota protest book, and an NYPD van was set on fire. But it’s unclear whether or not it was started by an actual protestor or an undercover cop trying to fuel the fire.

It’s easy to forget that we’re in the middle of the coronavirus pandemic, but here Black people and allies are, arguing for the right to live.

Officer Derek Chauvin was arrested and charged with the murder of George Floyd, who was unarmed and handcuffed at the time of his arrest.

Chauvin was charged with third-degree murder and second-degree manslaughter.

The autopsy report did not find evidence of “traumatic asphyxia or strangulation.” So it just sounds like they’re setting up their story to let Chauvin walk.

What are your thoughts on the entire situation?