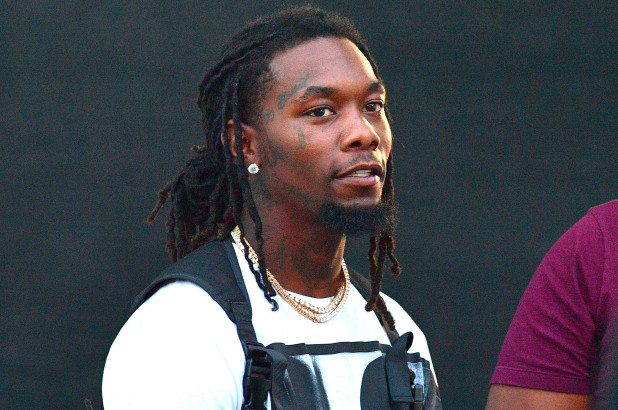 Offset made an appearance at Complexcon over the weekend and unfortunately he had to put the paws on somebody.

It’s unclear why the Migos rapper and his crew resorted to violence, but in the now-viral clip below, you can see Offset dressed in red appearing visibly frustrated. He run towards the commotion with a balled up fist.

The brawl began near the No Jumper booth at Complexcon after someone from Team Offset threw a hit.

The scuffle was broken up very quickly, but of course a bystander caught the entire exchange on video.

Offset’s crew gets into a fight at ComplexCon 👀 pic.twitter.com/JzjS0xOwMu

The “Clout” rapper rented a 2020 Bentley Bentayga from Platinum Motorsports for under $600 a day and extended the rental until July. He told the company the car was no longer in his possession in June and didn’t know where it was, and stopped making payments although the rental agreement didn’t end until July 25th.

Platinum Motorsports filed a police report to find the missing vehicle and estimates it lost $100,000 on the potential income that could’ve resulted from having the car back.

The lawsuit defaulted last week on November 3rd which means Offset has to pay up.