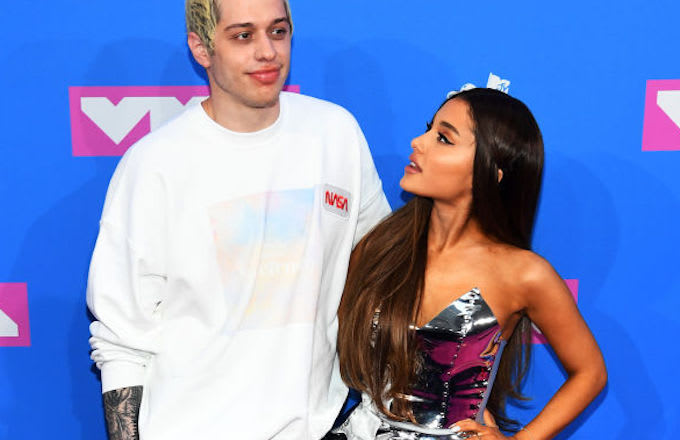 Pete Davidson is reportedly axing his upcoming Saturday Night Live skit that was centered around his short-term engagement to Ariana Grande, after the singer got upset.

As indicated by TMZ, the couple both agreed to not publicly speak on their break up, but Davidson was the first to break his silence during a charity comedy show in New York City. Grande supposedly felt “betrayed” after that performance, and was considerably more annoyed when she saw the promotion. Davidson rightfully took the high road, and decided to not use his heart break for comedy.

Grande blasted Davidson the previous evening after the promo for SNL’s episode dropped. In the video, Pete asked Maggie for her hand in marriage and he responded, “0 for 3” when the she declined.

“For somebody who claims to hate relevancy u sure love clinging to it huh. thank u. next,” Grande wrote in a since deleted tweet.

Pete Davidson previously clowned their relationship while they were still an item. The SNL cast conveniently had the day off the weekend after the breakup. But if these reports are factual, we shouldn’t expect to hear any mentioning of any flopped marriages during Saturday’s episode.

Ariana Grande Claims To Be Bisexual On New Song “Monopoly”