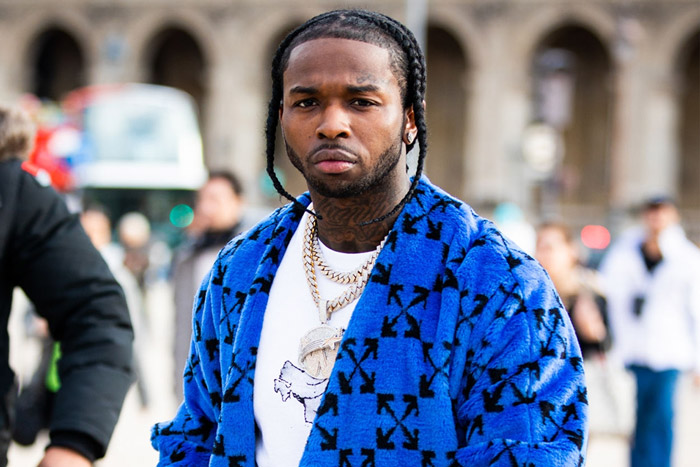 
Pop Smoke’s posthumous album was supposed to be released today but his estate decided to re-schedule for July 3rd in light of the sensitive social climate.

“Music is the tool of revolution,” he began in the IG caption. “We have been watching, along with the rest of the world, as long overdue change starts to take root. We have seen Pop’s music become the soundtrack of the moment, unifying the masses. Given recent events, we have decided to delay the release of his album out of respect for the movement. ‘Make It Rain’ will be released this Friday, June 12th. The album will be released on July 3rd.”

As promised, the song is here and it features a phone recorded verse from GS9’s very own, Rowdy Rebel. “Why niggas still bluffin’? I still haven’t seen nothin’/’Cause I’m on a plane with a Russian, gettin’ head, concussion,” he rap. “And it’s niggas sayin’ that it’s lit, well shit, it’s nothin’/’Cause I’m in the Wraith with your bitch, gettin’ lit, stuntin,'” Rowdy spit.

Check it out below and let us know what you think:

Nicki Minaj Responds to Backlash for Reuniting With Tekashi 6ix9ine