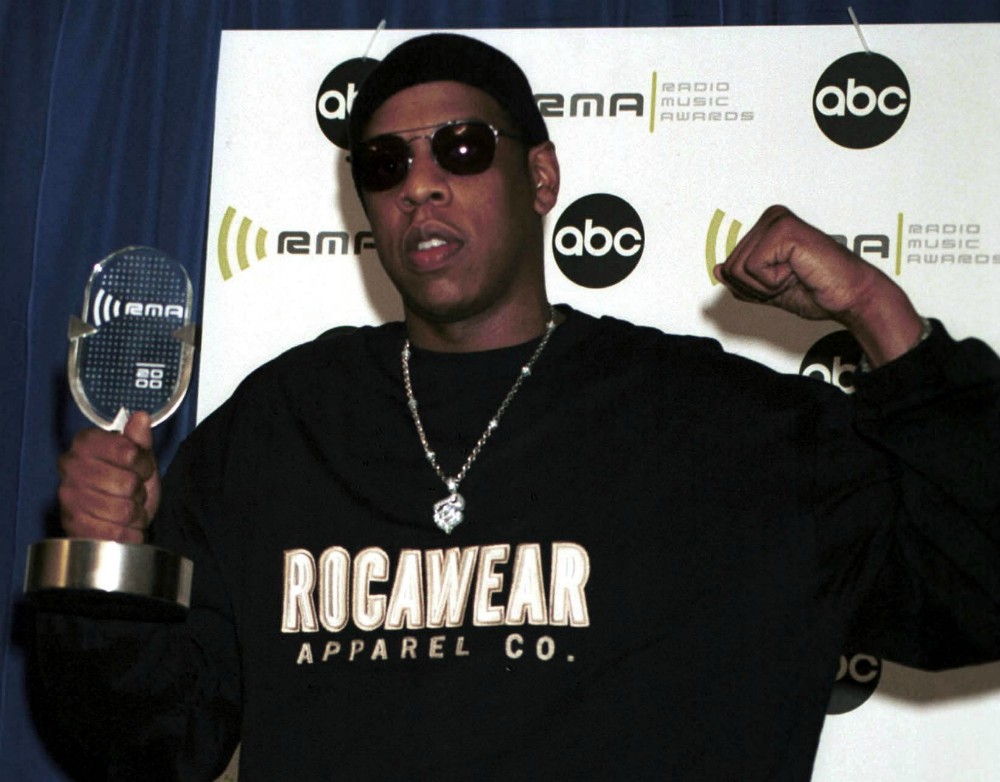 
At a time when Hip Hop was considered a counterculture, clothing brands like GAP and Tommy Hilfiger featured influential rap stars and singers in their campaigns. “Hip-hop influences America, and America influences the world,” Dame Dash boldly said in an interview.

LL Cool J made GAP cool, while discreetly promoting FUBU (which led the pack for Hip Hop streetwear). Aaliyah and Usher were the faces of Tommy Hilfiger, and as a result, teenagers in the 1990s were rocking the nautical-inspired apparel. 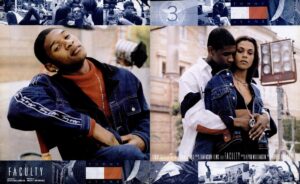 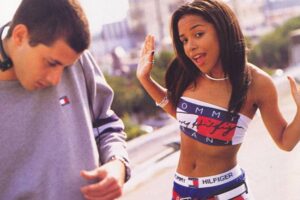 But there was an era in the early 2000s when rappers launched their own fashion brands that grew into powerhouses and became a cornerstone in the culture.

In this piece, we’re going to focus on Rocawear, which was founded by Roc-a-Fella’s own Damon Dash and JAY-Z in 1999.

After gaining notoriety as an artist and music executive, JAY-Z began noticing his influence on the masses. People began purchasing things he mentioned in songs like the champagne Cristal. He rightfully wanted to secure brand partnerships but the fashion brands didn’t want to cut the check so just like Rocafella Records, JAY-Z and Dame started their own thing.

“And if somebody woulda told ’em that Hov’ would sell clothes /  Heh, not in this lifetime, wasn’t in my right mind,” the Brooklyn rapper spit on “U Don’t Know.”

The retail brand was based in New York and sold affordable clothes for children and juniors. They applied unorthodox methods to evolve into one of the most profitable, influential streetwear brands.

Chris Brown, Ciara, Trey Songz, Three 6 Mafia, Rich Boy, and many more popular artists for the early 2000s were the face of campaigns for the urban streetwear brand.

Rocawear attempted to give Sean John a run for their money after enlisting supermodel, Naomi Campbell, and former Spice Girl, Victoria Beckham as brand ambassadors. “Rocawear was my point of view, a Harlem swagger,” Dash told All Hip Hop after selling his stake in the company. 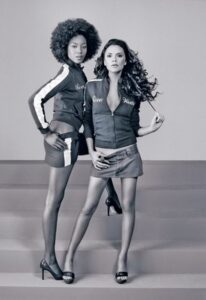 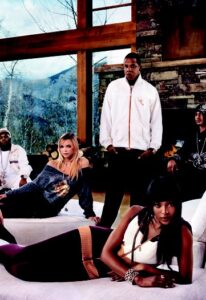 The Rocafella roster consisted of heavy hitters like Beanie Sigel, Memphis Bleek, Freeway, The Diplomats, and more, and they were all rocking Rocawear.

Anytime you hear Young Chris from Young Gunz rap, “I think I might wife her / You know, powder blue Roc-A-Wear suit, white Nike,” you’re momentarily transported to the early 2000s when Hip Hop brands were the style.

At its peak, Rocawear was generating $700 million annually but the fashion landscape was evolving, and consumers were no longer demanding baggy jeans and bold, logo-embellished tee-shirts.

JAY-Z’s “Change Clothes” video is a visual depiction of what began happening to the Hip Hop industry. “Whose up on Dot Dot Dot and Vera Wang,” Hov said on the record, highlighting the high-end fashion that became the focal point of the growing genre.

Additionally, “fast fashion” brands like H&M began emerging in the United States in the early 2000s and consumers had access to runway-inspired looks at an affordable price. The Hip Hop brands’ styles didn’t evolve with the times on top of the market being oversaturated, resulting in no brand loyalty and there was little brand differentiation.

Rocawear wasn’t producing the slimmer, sleeker looks that the people wanted and eventually got left in the dust.

Additionally, younger consumers couldn’t connect with the older brand ambassadors of the brand and were aiming for more European styles.

Dash and JAY-Z infamously severed ties with each other, and the clothing brand was the end of their business deals.

“They gave me $30 million and 75% of Team Roc. I’m real happy with the deal. I got $22.5 million in cash and the rest in companies (like State Property, Team Roc, Pro-Keds and other entities),” Dash told All Hip Hop about selling his stake of the retail brand. 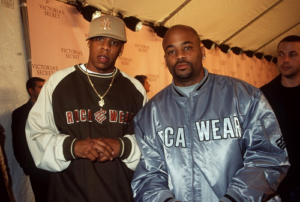 Iconix acquired Rocawear for $204 million in 2007 but JAY-Z retained his stake and the company and continued to oversee the marketing, licensing, and product development.

But he pretty much stopped mentioning the label or Rocawear once his contractual obligations were completed or settled, which resulted in a drop in sales. He began aligning himself with the New York Yankees and “made the Yankee hat more famous than a Yankee can.”

Hov moved up in tax brackets and started claiming he rocks “Tom Ford” in his Rick Ross collaboration of the same name.

JAY-Z remixed the Rocafella blueprint with his Roc Nation imprint. The full-service entertainment company has an apparel brand, Paper Planes, that became popular largely because Hov emulated the same self-promoting technique he used for Rocawear.

In 2019, he bought back certain intellectual property of Rocawear from Iconix Brand Group for $15 million as apart of their settlement, which included two lawsuits and an arbitration proceeding.

Iconix fired off a lawsuit claiming the manufacturing and distribution of Roc Nation hats breaches the licensing agreement in which Roc Nation granted Iconix exclusive rights to manufacture and sell specific types of goods bearing the name of Rocawear.

Rocawear is not the powerhouse that it used to be, and haven’t had a big campaign in about a decade, but they’re still manufacturing and distributing clothes. Check out the 2020 lookbook here.