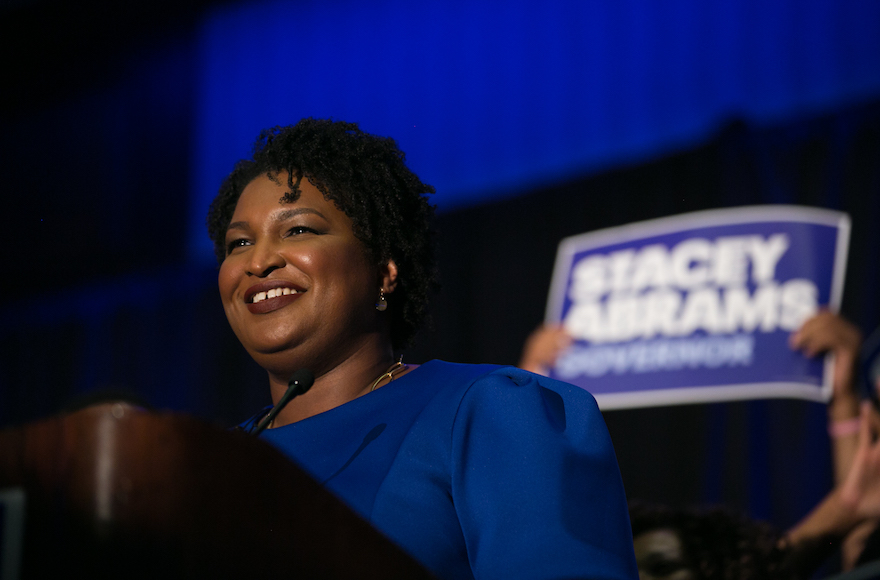 On Tuesday night, Stacey Abrams defended her attendance at a 1992 burning of a Georgia state flag, which had the Confederate fight flag design, saying at a gubernatorial debate, “I’m a very proud Georgian.”

“Twenty-six years ago as a college freshman, I along with many other Georgians — including the governor of Georgia — were deeply disturbed by the racial divisiveness that was embedded in the state flag with that Confederate symbol,” said Abrams, the Democrat trying to become the next governor of Georgia, in response to a question at a debate Tuesday night.
“I took an action of peaceful protest,” Abrams continued, largely echoing her defense made in a statement to CNN earlier Tuesday. “I said that that was wrong. And 10 years later, my opponent, Brian Kemp, actually voted to remove that symbol.”

Abrams, who might become the country’s first Black female senator if elected, participated in a protest that incorporated the banner burning on the steps of the Georgia Capitol when she was a freshman at Spelman College in Atlanta. The New York Times previously revealed her’ participation in the protest on Monday.

The tea was spilled just before Abrams was set to debate her Republican opponent, Kemp, the Republican secretary of state, on Tuesday and two weeks before Georgians choose the next Senator of their state.

Kemp did not bring up the flag burning at the debate and has not commented on it publicly. The only time it was addressed was when Stacey Abrams was asked.

“What I’m fighting for now, though, is more of Georgia values,” Abrams stated, and discussed growing Medicaid in the state, enhancing the instruction framework and making employments in all provinces of Georgia.

“That’s what I want to do because I’m proud of Georgia and proud to be a Georgian,” Abrams said.