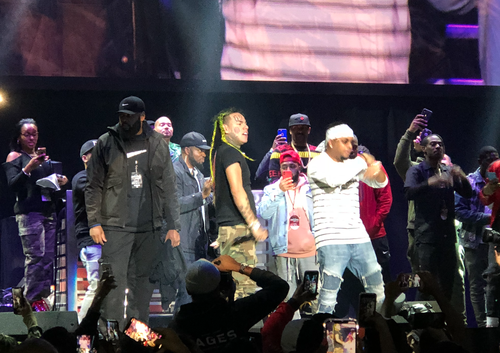 Power 105.1’s annual concert, Powerhouse, went down yesterday at the Prudential Center and things got lit when Tekashi 6ix9ine graced the stage.

DJ Spin King had a set and brought the youth-driven energy to the building. He brought out A Boogie Wit Da Hoodie and the G4 Boyz. But the fans were really in for a treat when the self-proclaimed King of New York took the stage.

The crowd echoed back all of his Billboard charting hits including “GUMMO,” “FEFE,” and more.

This was a huge moment for the Brooklyn rapper because due to his controversial reputation, he isn’t allowed to perform in many places and rarely performs in his hometown.