Three 6 Mafia was the first hip-hop group to win an Academy Award for best original song as well as the first hip hop artists to perform at the ceremony.

Almost fifteen years ago, Three 6 Mafia became the first hip-hop group to win an Oscar in 2006. The group took home the win for their single from the Hustle and Flow soundtrack.

Back in 2005, the rap group contributed to the Hustle & Flow film with the song, “It’s Hard out Here for a Pimp.” In the film, Terrence Howard and Taraji P. Henson perform the song. However, Howard wasn’t interested in recreating it for the Oscars. So, Three 6 did the rapping and let Henson handle the chorus. This performance was the first of its kind, as a hip-hop group had never been given the honor of taking their craft to the Academy Awards stage.

Both the track and the movie blew up, cruising into Oscar nominations. The actual night of the Oscars would prove to be legendary; as Three 6 Mafia broke new ground for hip-hop’s place at award shows. Having barely recovered from the high of such a big moment, Three 6 Mafia’s true moment in the sun was just minutes away.

“It’s Hard out Here for a Pimp” was nominated for a Best Original Song Award, but surely had the odds stacked against them. The other nominees were “In The Deep” from the hugely popular film Crash, and “Travelin’ Thru” from the movie Transamerica. These two songs were much more traditional songs than Three 6’s offering.

In an interview with The Hollywood Reporter, DJ paul recounted that night. At one point he says,

“Look, man: I don’t think the Oscars is racist or whatever the hell they’re saying. Because if the Oscars were racist, they wouldn’t have given this to three black gangsta rappers — for a song about pimping. There’s no getting blacker than that.”

It is hard out here for a pimp, but Three 6 Mafia made it look easy. 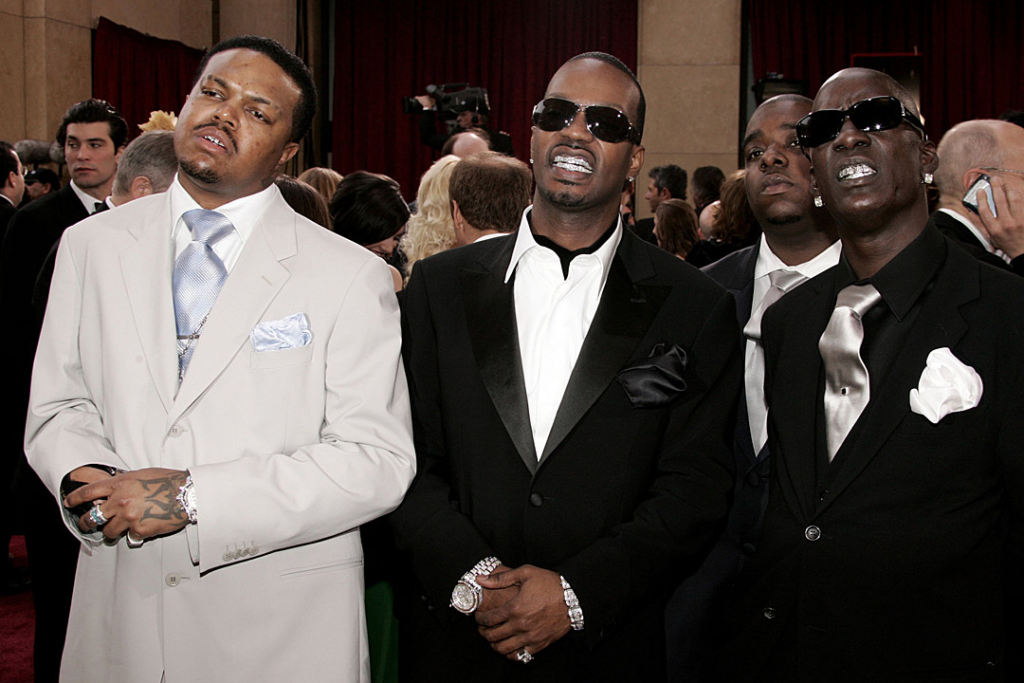