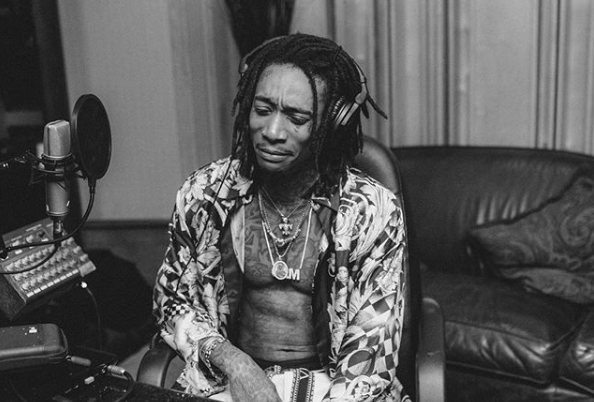 
Fergie was one of the most meme’d people over the weekend, and it wasn’t for a good reason. The singer performed the National Anthem at the NBA All-Star game and people weren’t impressed. So of course, the back lash on social media followed.

A lot of people were roasting Fergie, the NBA players could barely contain their giggles during the performance. But Wiz Khalifa and Quentin Miller both came to Fergie’s defense.

Wiz said that Fergie’s performance was “original and fun,” just like her. He even went on to compare her performance to Jimi Hendrix’s rendition, which was initially criticized.

I liked Fergies national anthem. It was orginal and fun just like her. People didn’t like Jimi Hendrix’s version of the anthem at the time he did it but it later became legendary. Takes guts to be yourself 👊🏾

Miller also weighed in tweeting, “Shoutout to @Fergie. It takes so much courage to get in front of millions of ppl and shine your light.” He added, “Y’all on social been tearin @Fergie down all day for TRYING! Trying to do something different… I must’ve missed the high horse sale cuz all y’all on it sittin comfy lol.”

Fergie has since apologized for performance, saying that she did her best. If you missed the performance, watch it in its entirety below:

Wiz Khalifa’s Upcoming Album Will be All R&B