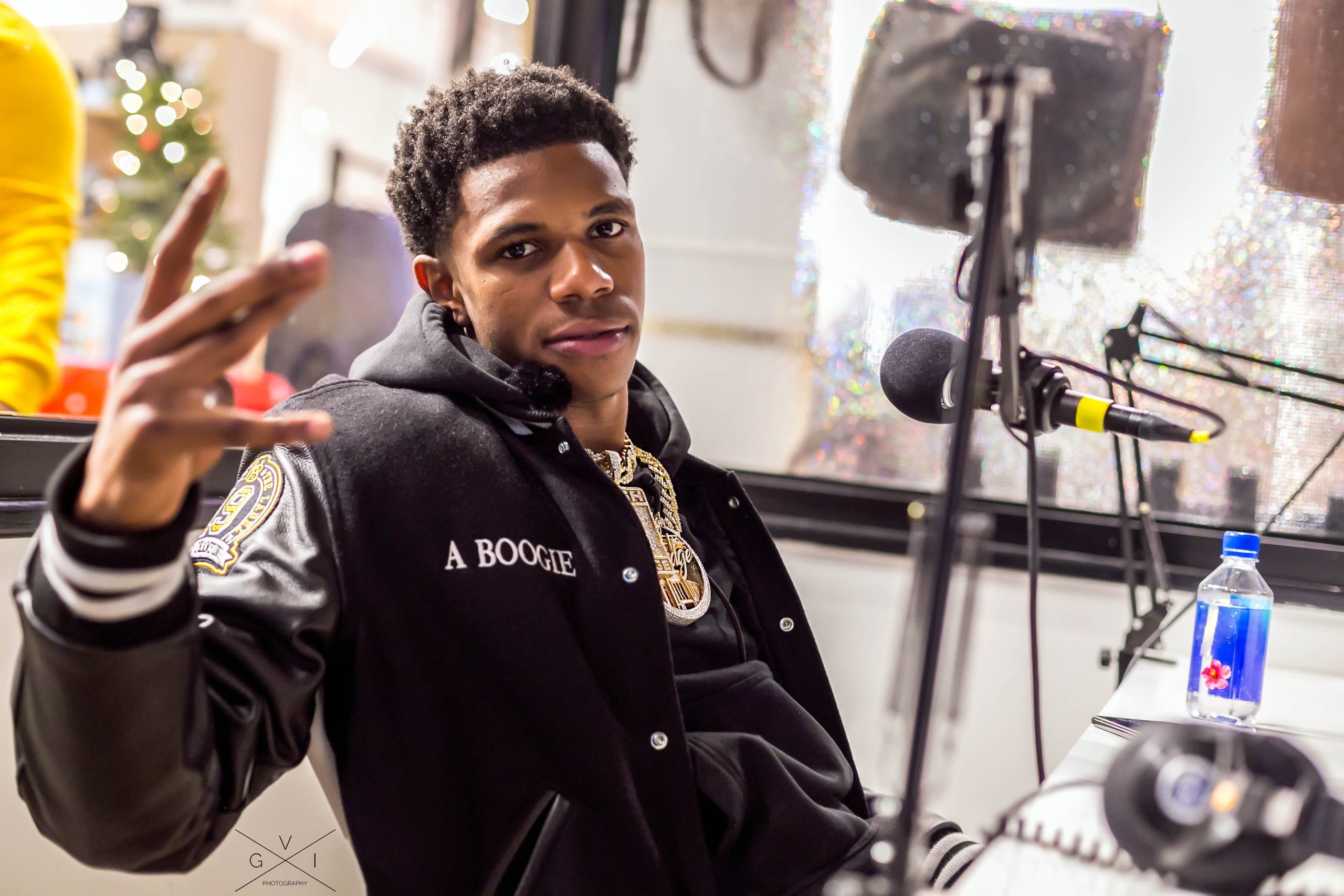 According to several news reports, A Boogie With The Hoodie, his manager, and security were all arrested and charged by the Bergen County detectives reportedly uncovered four guns following an investigation into a nightclub shooting in Teaneck, NJ on Sunday.

A Boogie was out with his crew celebrating his 25th birthday.

Gunshots rang out around midnight at the Rain Nightclub in Teaneck after a fender bender between A Boogie’s team and a reported clubgoer. As the two parties were about to exchange insurance information, an argument ensued and gunfire permeated the parking lot at Rain.

A Boogie With The Hoodie, whose given name is Artist Julius Dubose, had investigators from Bergen County and the NYPD at his home in Pine Terrace when they discovered a Ruger .380-caliber handgun, a Glock .40-caliber handgun, an H&K 9mm handgun and a Smith and Wesson 9mm handgun, along with “hollow point bullets, various high capacity magazines, marijuana, hashish oil edibles and drug paraphernalia commonly associated with the distribution of [drugs],” according to Bergen County Prosecutor Mark Musella.

A Boogie and Ella Rodriguez Welcome ‘Baby A’