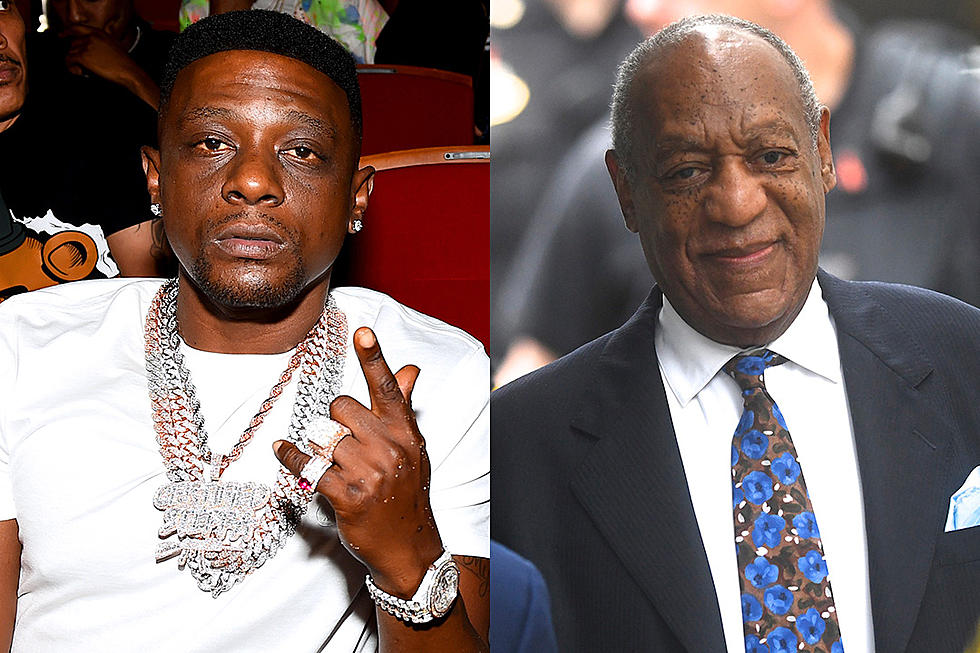 Bill Cosby is feeling grateful around this time of the year and he extended his gratitude to Boosie Badazz, who openly supports the disgraced comedian.

“On this 10th day of December 2020…I will pay homage to those who have supported me and my family, simply by saying, thank you. The first person to be recognized on Thank You Thursday is Rapper @BOOSIEOFFICIAL,” Cosby wrote.

“Thank you for your support & I’m praying for you to have a speedy recovery and your mobility restored. Again thank you very much.” #ThankYouThursday #ThankYouBoosie #GetHealthyBoosie,” Cosby wrote in his appreciation message.

Bill Cosby is clearly up to speed about Boosie’s health after he suffered a gunshot wound to the leg while paying condolences to his late friend and artist, Mo3.

Of course, Twitter chimed in pointing out the Cosby isn’t even a fan of Hip Hop and blasted rappers’ use of “vulgar” lyrics in a speech while talking to Tuskegee University students.

“Boosie is exactly the kind of person Bill Cosby would’ve looked down at when he was free. My how the tables have turned,” one user wrote.

This isn’t the first time Cosby leaned on Hip Hop during his dark hour. He previously thanked Snoop Dogg for defending Kobe Bryant’s legacy after Gayle King brought up the late NBA legend’s past rape allegations when interviewing Lisa Leslie.

Boosie Badazz Calls On Drake To Promote His Biopic: ‘Know You Got Power. Help Me Out’

Da Baby Returns to Stage at Summer Jam After Homophobic Remarks: ‘The Rest of Y’all MF Being Cry Babies’