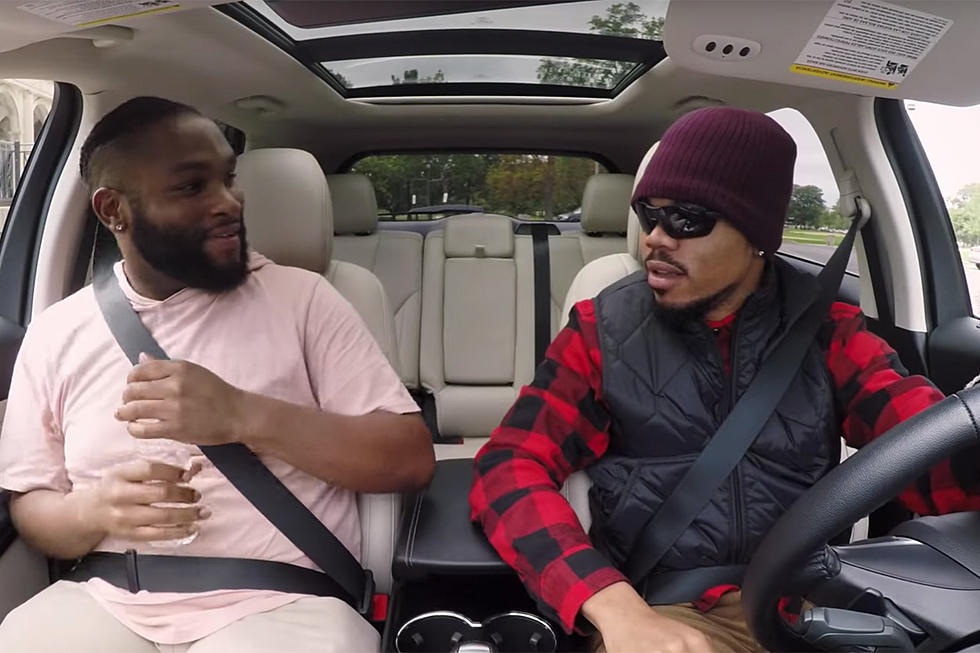 
Chance The Rapper continues to use his blessings to give back to his community. Today (Oct. 15), the Chicago rapper appeared in a hilarious video as the lead of Lyft’s new Undercover Lyft battle, or, in other words a fundraiser to raise money for Chicago Public Schools.

For the video, Chano, who gave $1 million to Chicago Public Schools a year ago, drives some clueless Lyft travelers as he presents some healthy casual conversation and prods his genuine personality. While a few people get on, the larger part are left with the feeling that “John” is only a joyful driver.

One passenger eventually caught on and after giving a shocked expression he asked, “Do you know who you are?”

From that point, we see Chance driving about in Chicago giving us insight about his personality. At a certain point, he even uses one of his verses to do so.

“I’m only 25, but I bet I get a statue in my hometown when I die,” Chance casually tells a passenger, referencing his song “I Might Need Security.” When she asks him what the statue would be for, he says, “For this driving.” Got ’em.

The Undercover Lyft campaign promotes the driving service’s Round Up and Donate feature, which enables travelers to give to give donations. If passengers want to donate to the CPS, they can do so by selecting the New Chance Fund—which is a fund Chance The Rapper created to help support Chicago Public Schools—in the “cause” section of Lyft’s Round Up & Donate section.

Chance the Rapper Gears Up To Sue Former Manager

Chance The Rapper and Jeremih to Drop a Christmas Album