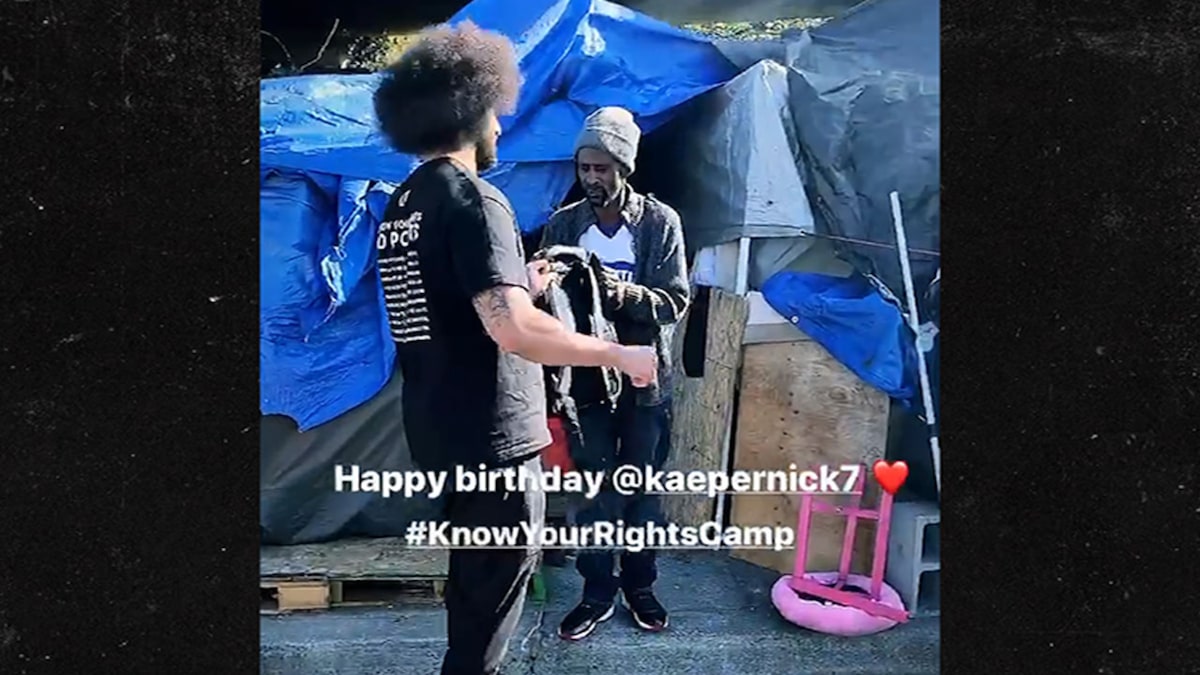 Master P’s Rap Snacks Will be Available in Over 4,000 Walmart Locations


Colin Kaepernick spent his birthday giving back to people who need it the most.

Kap turned 32 yesterday and instead of popping bottles in the club like most people would do, he was helping to feed and supply homeless people in Oakland.

The former quarterback was alongside his girlfriend, Hot 97’s Nessa Nitty, and his Know Your Rights campaign, handing out backpacks with snacks, socks, air quality masks, shampoo and other essentials.

Kap even paid for a food truck to feed everyone.

Of course there were locals who were there for a photo-op and the former football player posed with a big smile.

A post shared by Know Your Rights Camp (@yourrightscamp)

I’ve been proud of Colin Kaepernick for his activism. But running into him today in Oakland- on his birthday, feeding homeless via a food truck, pushed my admiration over the top! Happy Birthday Kap & thanks for all you do! 👏🏾❤️ @Kaepernick7 pic.twitter.com/x1JhkT7I4b

Shoutout my brothas @Kaepernick7 and @LeftSentThis for pulling up on they birthdays to support @PeoplesBreakOak. Much love to @yourrightscamp for supporting the program and bringing a food truck and material resources to the hood. If you wanna donate or volunteer tap in wit me. pic.twitter.com/l6Xq6Hpw65

It’s about to be four years since Colin Kaepernick launched his peaceful kneeling protest during the national anthem which got him blackballed from the NFL. His representatives have made it clear that although the NFL claims that Kap is in good standing, they’re all still giving him the cold shoulder.

But he’s remaining positive and doing God’s work. From the looks of the flashback clip below from 2016, giving back is a birthday tradition.

A post shared by Know Your Rights Camp (@yourrightscamp)

Recording Academy to Honor Dr. Dre for his Production Legacy

Master P’s Rap Snacks Will be Available in Over 4,000 Walmart Locations