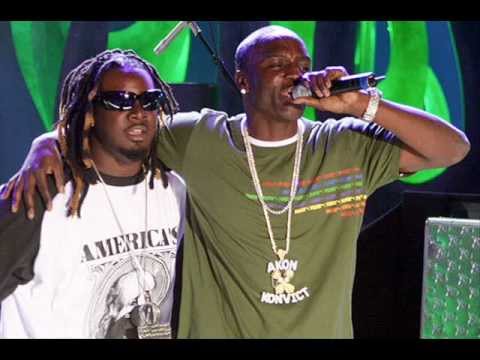 “I think one of the major reasons is that T-Pain never left the hood. He just confined his music to urban music… That was it. I saw T-Pain as another me, to be able to cross outside of urban. Go into pop, go into EDM, go into Latin—I still think ’til this day he still can do it,” Akon said.

“You and I know better than anybody, urban audiences aren’t loyal,” he added “Every year there’s a new n*gga. Every year. So, you gotta take full advantage, maximize your urban presence, and then right as that side n*gga come in, you exit… Hip hop, it’s a [stick] and move. It don’t stick around long enough unless you continue to reinvent yourself.”

The Tallahassee singer seemingly responded to the Konvict Muzik head honcho’s remarks. “The very ppl that held me back is tellin y’all how I could’ve been bigger,” he tweeted.

T-Pain clarified that he didn’t have any malice in his heart and planned to take control of his future. “I’m not angry at all. I’ve grown. I’ve learned how to keep moving forward and not look back. Some ppl don’t and that’s ok. They’ll get there at their pace. But I’m no longer gonna to allow my past to determine my future. I’m in control. See y’all on the brighter side. Love y’all.”

Twitter Reacts to Akon and Tekashi 6ix9ine Remixing ‘Locked Up’