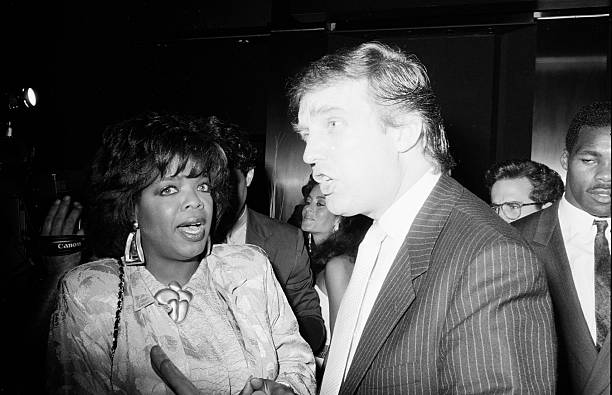 
Donald Trump had the audacity to call out Oprah Winfrey on President’s Day, calling the media mogul “insecure.” He claims she’ll be “exposed and defeated” if she was to run for President.

His belligerent tweets stem from Oprah’s 60 minutes panel where they discussed Trump’s sexual harassment claims against him, and questioned if he was fit to sit in the Oval office.

His recent comments contradict his feelings towards Oprah in the past. They’ve been friendly towards each other for the past 30 years. According to IMBD, Trump has made 8 appearances on Oprah’s talk show between 1988-2011. All five of his children appeared on one of the appearances.

1988: In one of his early appearances on The Oprah Winfrey Show, Donnie didn’t actually think that he’ll run for President one day. But he didn’t want to rule out the possibility. He and Oprah joked about the pay difference between a President a businessman.

1999: Trump had an interview with Larry King and spoke glowingly of Oprah. He said that he “loved” her and she would be his first choice for Presidential running mate. “Oprah would always be my first choice. She’s a terrific woman, she’s somebody that’s very special. If she’d do it, she’d be fantastic. She’s popular, she’s brilliant, she’s a wonderful woman.”

In a 1999 interview with Larry King, Donald Trump said that his first choice for a running mate would be Oprah Winfrey https://t.co/gwlH0zb8LJ pic.twitter.com/AjChfLK0Mm

1999: That same year, he referred to Oprah as his friend during an interview with Chris Matthews, and basically made it seem like they’d be a dynamic duo for a Presidential campaign.

2005: Trump and his wife, Melania Trump, showed Oprah love at her opening night of her Broadway play, The Color Purple. 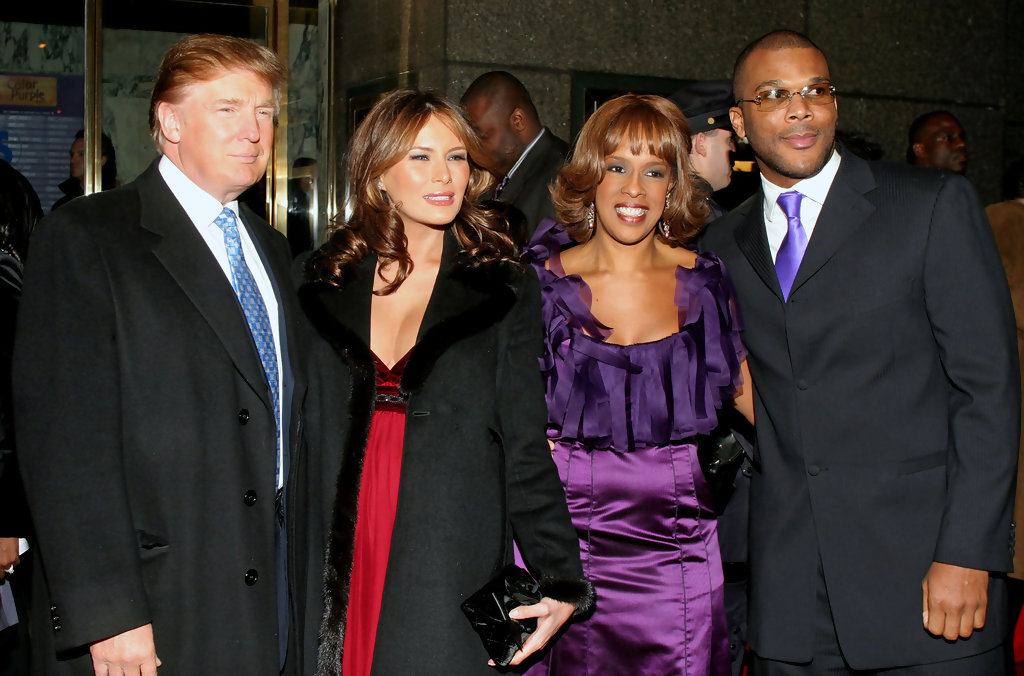 2008: Oprah hosted a three-day gala for Maya Angelou at Donnie’s estate, Mar-a-Lago. She loves the place so much that she featured a few of their recipes on her website. She also said that Mar-a-Lago had the best turkey burgers in the world. 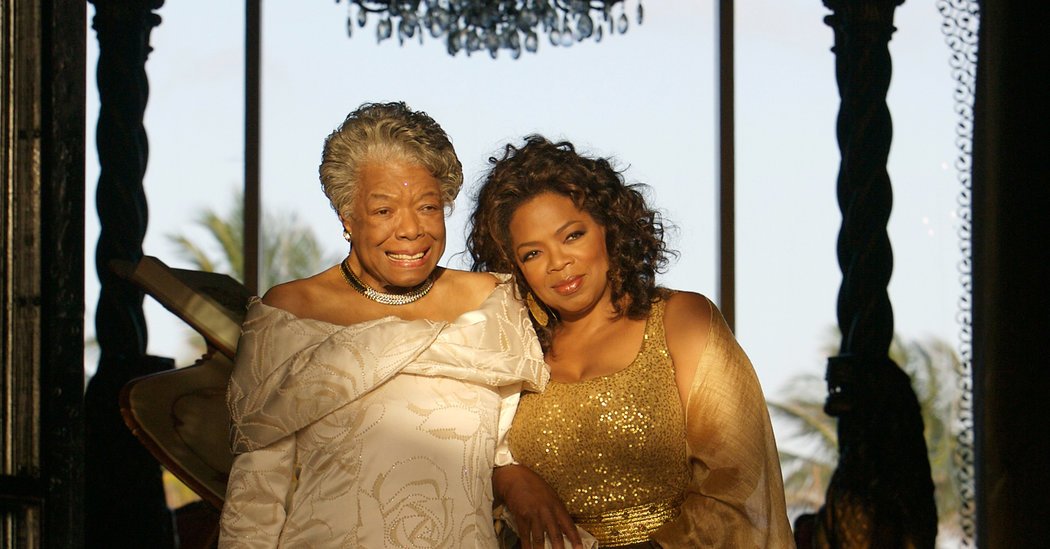 2013: Trump called Oprah terrific. But that could’ve been because his family was featured on the last tapings of her long-running talk show.

I like Oprah, what can I tell you? She’s great, she’s talented, she’s a friend of mine, she’s a good person…I’d love to have Oprah, I think we’d win easily, actually.

However, Trump has recently changed his tone about Oprah. This could be because she made it clear that she’s with her during the 2016 election. Oprah told the Associated Press that she noticed a change in Trump’s demeanor after he won the election.

I could sense, maybe I’m wrong, but I could sense from Donald Trump’s body language even when he came out for the acceptance speech, that brotha has been humbled by this world thing. I think it’s a humbling process that now you literally have the weight of the world on your shoulders.

2016: Oprah said she didn’t know the man who eventually became the 45th POTUS.

Both Gayle and I know Donald and we have seen him around and have had conversations with him. Every time we see him, and we say, ‘What is going on?’ and he’s like, ‘Well, you know me,’ and I’m like, ‘I thought I did’… I don’t know this person that he is presenting to the world. That’s all I’ll say. 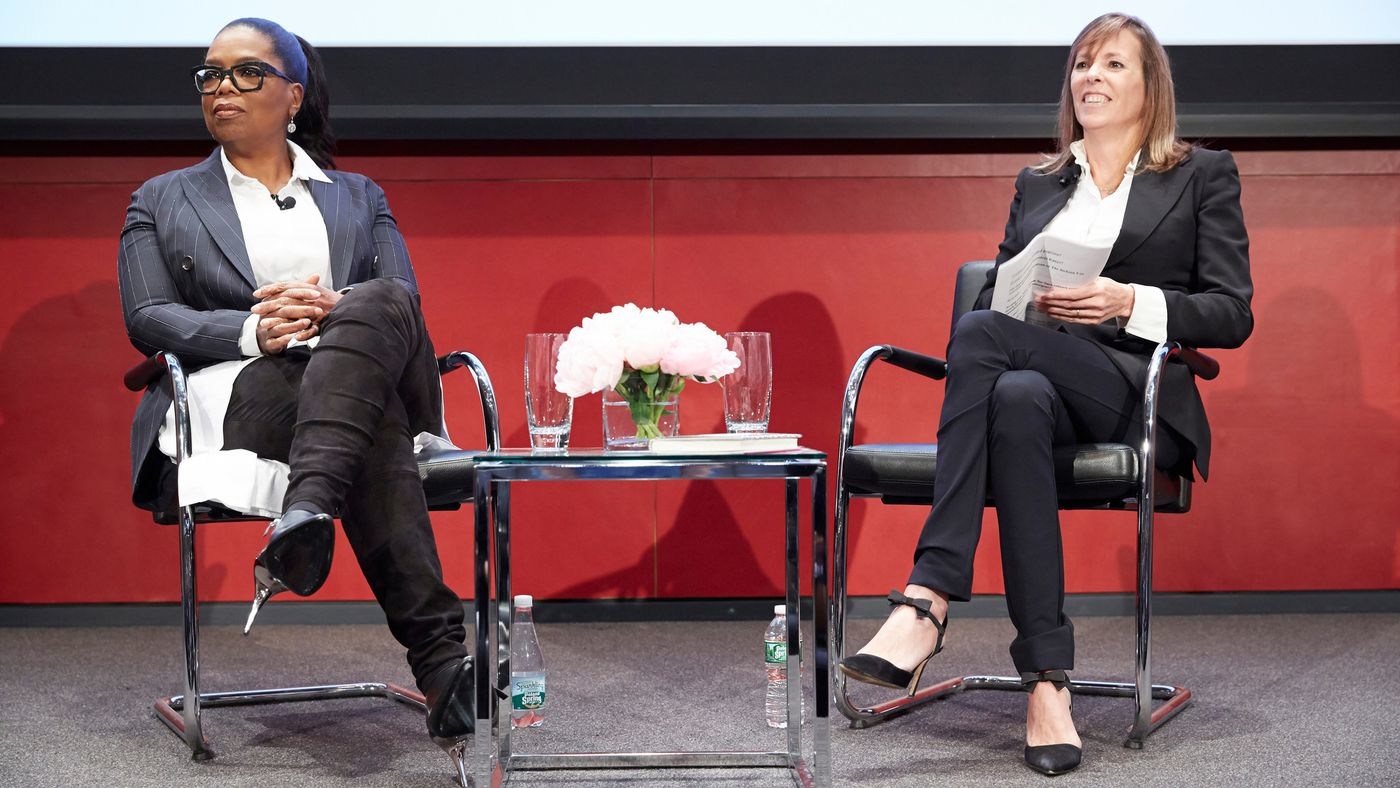