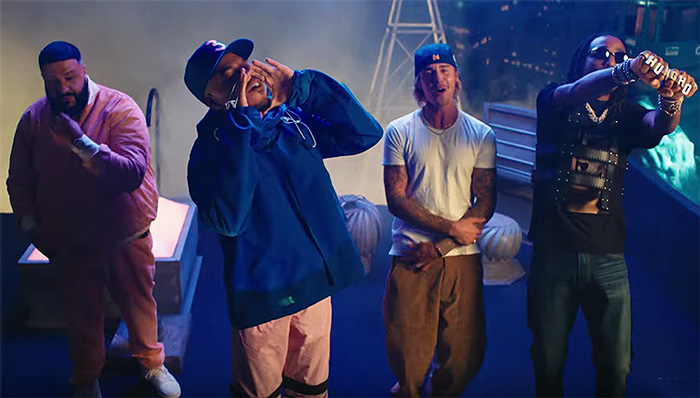 
When DJ Khaled reassembled the similar group behind his 2017 No. 1 hit “I’m the One,” minus Lil Wayne, it appeared as though he promised himself another hit. While the new melody “No Brainer” didn’t appear atop the Billboard Hot 100 like “I’m the One” did, it has landed on the outline at the noteworthy position of No. 5.

The Justin Bieber, Chance the Rapper, and Quavo-featured record had an impressive first week, coming behind Drake’s, “In My Feelings,” Cardi B’s “I Like It” at No. 2, 6ix9ine and Nicki Minaj’s “FEFE” at No. 3, and Maroon 5’s Cardi B including “Girls Like You” at No. 4.

It probably won’t be the No. 1 raving success that “I’m the One” was, yet there’s still time for the tune to end up the late spring hit it should be. However, the song’s position on the chart is breakthrough for Bieber.

LeBron James to Produce Docu-Series, ‘Shut Up and Dribble’ for Showtime

Gunna Responds To Chlöe Bailey Dating Rumors,”You Will Be Seeing Us More For Sure”

Saweetie Calls Cap on Rumors of Spending Time with Quavo